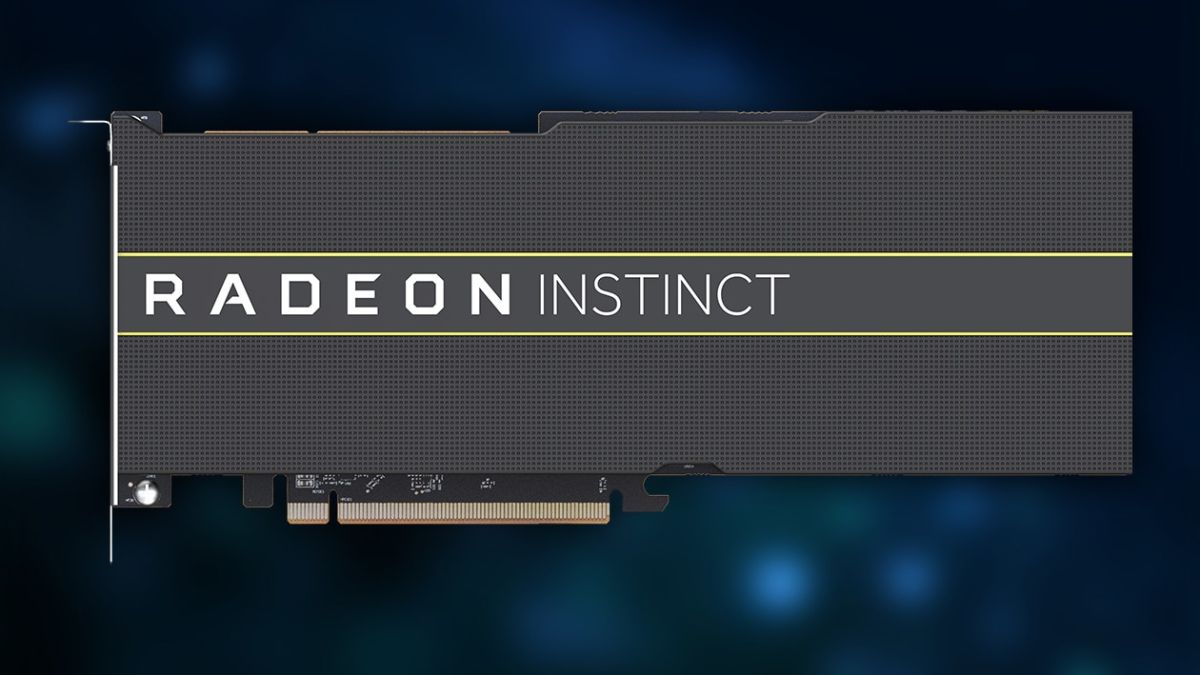 AMD has revealed that its first GPU designed specifically for computing and based on CDNA architecture will become available later this year. Being developed primarily for artificial intelligence and high-performance computing (HPC) applications, the new Radeon Instinct will compete against Nvidia’s recently launched A100 GPU based on the Ampere architecture.

Having realized early enough that GPUs for AI and HPC require support for features and instructions that are not necessarily needed by consumers, Nvidia has launched several datacenter-specific GPUs that have been adopted by hundreds AI and HPC-oriented machines. To that end, the multi-billion dollar GPU computing market is largely dominated by Nvidia today.

AMD released its first datacenter GPU — the GCN-based Vega II — back in late 2018 and while the unit has not been as successful as parts from Nvidia, it is currently used by multiple cloud service providers and HPC customers.

AMD’s next attempt on the server GPU front embraces its new CDNA architecture that is tailored primarily for AI as well as HPC and therefore promises to be a better fit for respective customers. AMD expects to launch its first CDNA-based Radeon Instinct MI100 GPU in the second half of the year.

“We expect [datacenter GPU] revenue to increase in the second half of the year, as additional cloud-based visual computing wins ramp and we launch our new CDNA data center GPU architecture optimized for next generation exascale and machine learning workloads,” said Lisa Su, chief executive of AMD.

AMD’s first CDNA GPU reportedly derives from the Vega II (GCN 1.5) processor, features new vector ALUs, Bfloat16 support, and is codenamed Arcturus. The company does not project its first CDNA GPU to significantly contribute to its revenues in 2020. AMD says that its datacenter GPUs will become a significant growth opportunity in 2021 and beyond, which is not surprising as such processors will be used in the upcoming Frontier and El Capitan supercomputers.

“We see [datacenter GPUs] as a multi-year opportunity, but it is not a big revenue contributor here in 2020,” said Su. “But we see growth opportunity as we go into 2021 and beyond.”