Apple MacBooks could be getting their biggest redesign in years 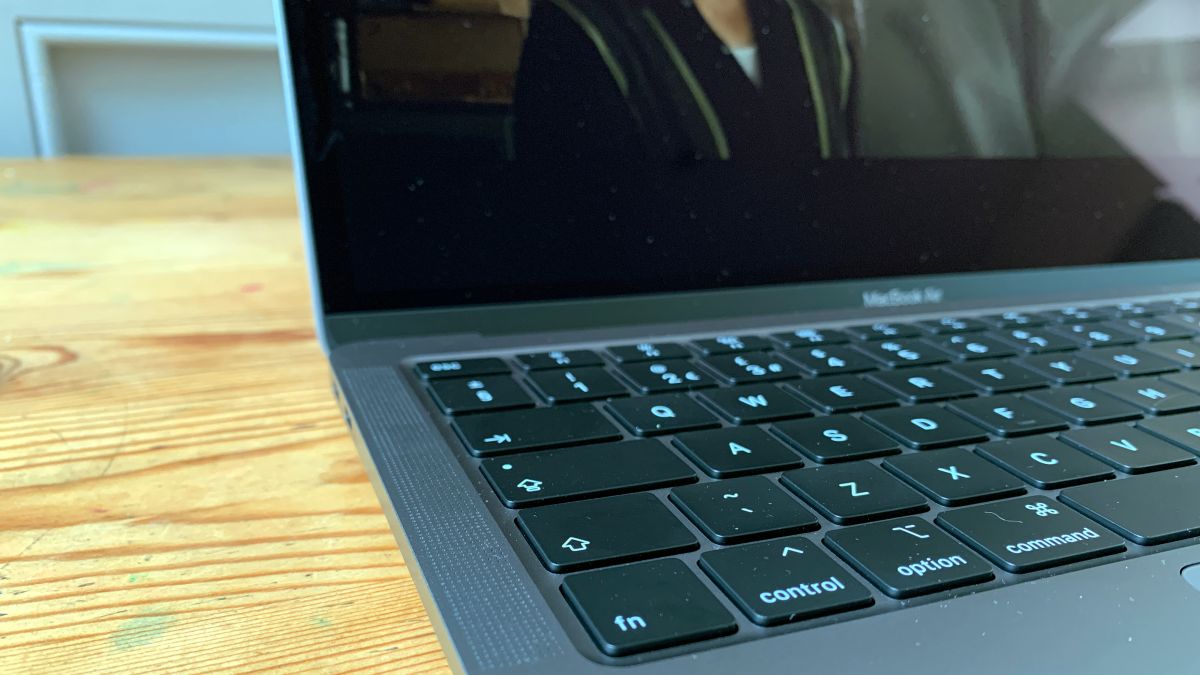 Apple’s MacBooks could see some major innovative changes in the possibly near-ish future, including a built-in charger for an iPhone, a dynamic trackpad that can be resized, and indeed a keyboard that senses gestures (and more).

These possible design elements were revealed courtesy of Patently Apple, which spotted a couple of patents successfully filed by the MacBook maker.

The first patent is for a ‘dynamic input surface’ to replace the traditional trackpad. As it is, the MacBook trackpad sits beneath the keyboard in the middle of the chassis, but the new idea would be to make the entire area beneath the keyboard deck an illuminated trackpad, which could be easily adjusted by the user to be smaller or larger (even running the entire width of the chassis, if that was wanted).

Some form of haptic feedback would also be included, and simple finger gestures could be used to adjust the size of the illuminated trackpad, going by the illustrations that accompany the patent. The broader idea is, apparently, to get MacBook owners used to this customizable trackpad concept, before moving to replace the keyboard entirely with a similar illuminated model.

That idea has been floated before, as we saw a few years ago with one Apple patent which described a virtual keyboard that used illuminated symbols which could light up to make a QWERTY pattern, or be reconfigured to whatever input scheme you might need. Watch this dynamically-adjustable-illuminated-space, we guess…

In short, it seems increasingly likely that some big design changes are in the pipeline for MacBooks, and the rumor mill also reckons that one of these could be the switch to an ARM processor rather than Intel chips, which is allegedly happening

Also along these lines, the second Apple patent which has been granted describes a keyboard that has a transparent finger sensing system overlaid on top of the keys. This would allow the user to draw directly on top of the keyboard with their finger, allowing for lines or boxes to be drawn in a document for example, or to facilitate pinch-and-zoom style gestures.

Another idea is to implement a phone charging pad directly into the chassis of the MacBook, to the left of the trackpad (in the palm rest area), which you can place your iPhone on and have it wirelessly charged. That could be a pretty neat touch for those who are invested in their Apple gadgets.

Further potential avenues of exploration patented here include not just having this iPhone charger built into the palm rest area of the MacBook, but also biometric sensors. These could provide hardware security measures such as palm detection (or wrist detection) to verify the user, and possibly also take readings like heart rate or temperature.

And given the current coronavirus pandemic, it’s easy to see how your MacBook having a built-in thermometer capability to warn you if your temperature gets high might be a useful early warning system, so you can go and get yourself checked out properly.

There are lots of ideas here, then, and while Apple files a lot of patents full-stop, this rash of ideas for keyboard and trackpad functionality comes on top of an increasing amount of such concepts, which makes it seem clear enough that the MacBook maker has big plans for its laptop input peripherals.

We’ve previously seen the company patenting concepts for more reliable optical switches for keyboards, and ideas around virtual keyboards for Apple laptops have been filed since 2011 (including a dual-display device with a second screen that can act as a virtual OLED keyboard).