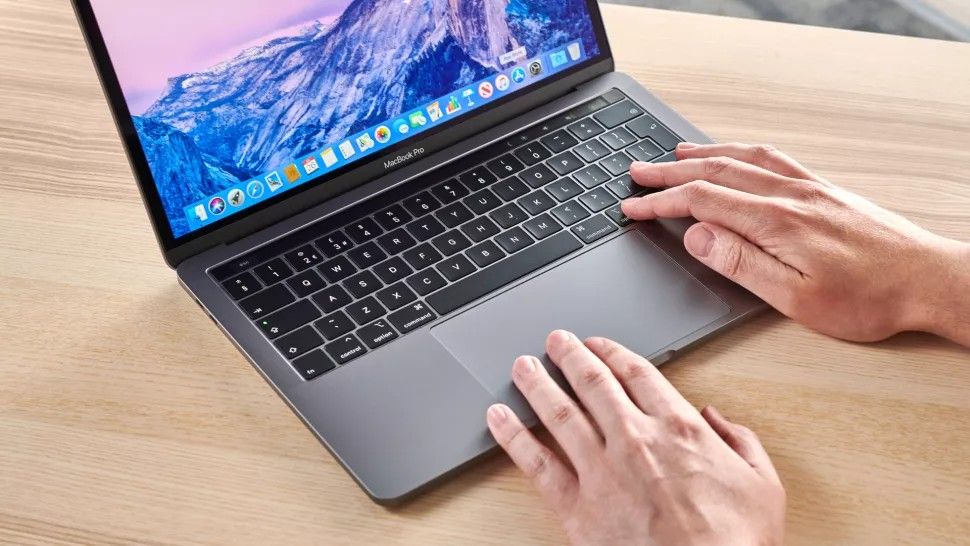 Apple’s MacBooks could benefit from a fresh keyboard innovation in the form of glass keycaps, at least going by a patent which has just popped up online.

Wccftech spotted the patent for transparent keycaps filed at the US Patent & Trademark Office, in which Apple puts forward the idea of keys that are fashioned from glass for better durability, and indeed a more premium look.

So in other words, rather than being printed on top of the keycap, the character is at the bottom of the body, where it can’t be worn away by repeated typing.

The overall idea, then, is for a smart and stylish appearance of the keys, with the possibility of using either glass for the transparent material, or Apple also mentions transparent polymers, or transparent ceramics (like sapphire).

Whatever the precise material employed, the idea is that not only will they look good, but that the material used for these keys will be “durable and difficult to blemish or scratch, even when subjected to millions of use cycles”.

Keycaps like this can also have high rigidity while being thin, so this innovation could potentially lead to thinner-still MacBooks.

No doubt all laptop manufacturers are constantly looking for ways to improve the toughness and durability of their products, but it might just be the case that Apple is on a big push for robustness given that we recently saw another patent for a plastic and metal chassis for future MacBooks.

That design could lead to a stronger MacBook all-round, and also one with a more robust level of water-resistance, which certainly wouldn’t hurt either.

Another recent Apple patent also detailed a concept for a retractable keyboard that lowers into the base of the laptop’s body when the machine is closed.

As ever, though, just because Apple has patented a particular technology doesn’t mean that it will ever be used in the real world. Like all big tech companies, Apple researches a lot of ideas and plays around with a host of prototypes, and only a relatively small percentage of them make the cut to appear in a finished product.