Everything announced at WWDC 2020 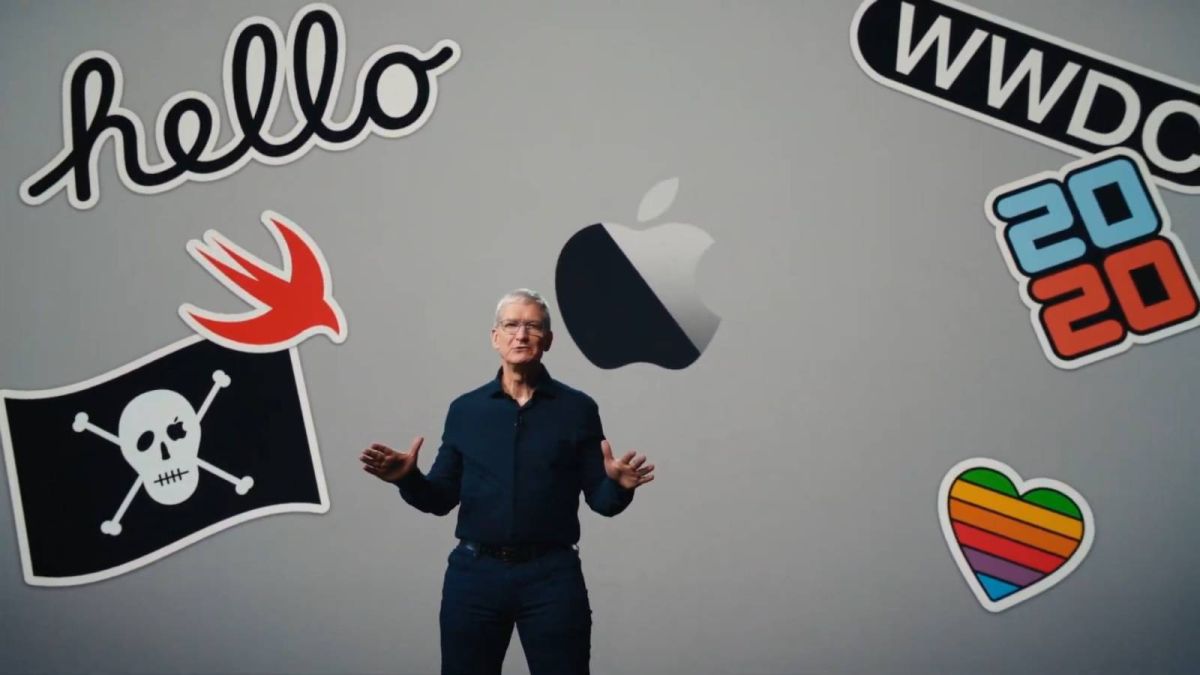 Apple’s midyear WWDC event is largely dedicated to developers, but the opening showcase is all about what’s coming for consumers. And while this year’s WWDC 2020 keynote didn’t reveal any hardware per se, it had plenty of exciting software changes coming to Apple’s lineup of devices.

While no devices were shown off, the event had one giant announcement: going forward, the tech giant will be ditching Intel chipsets in its Mac lineup in favor of one designed by Apple itself. That’s right: just like the iPhone, iPad, and Apple Watch lines all use in-house chipsets, the Mac family will get proprietary silicon.

But there’s still plenty to get excited about with operating system updates. For instance, there are some meaty quality-of-life changes coming to iOS 14 that will auto-organize your app collection, enhance group chats, enhance Maps with greener navigation options, and make it far easier to download relevant apps while you’re out and about. And it’s finally catching up to Android by adding picture-in-picture video viewing.

iPadOS 14 will get some of those iOS perks itself along with more features that take advantage of tablet screens, like ‘sidebars’ filled with useful shortcuts and more robust menu choices. WatchOS 7 finally gets sleep tracking, as well as more workout modes and better customization of watch faces. Heck, it’ll even monitor how long you’re washing your hands.

MacOS 11 Big Sur, as it’s named, gets interface refinements and tweaks to Finder and the Toolbar, as well as a Control Center a la iOS and iPadOS for quick shortcuts to brightness and other features. For Apple TV, tvOS 14 is adding picture-in-picture and support for specialty Xbox controllers like the Xbox Elite 2 and Xbox Adaptive Controller.

That’s a lot of upgrades, both long-awaited and unanticipated-but-welcome. Here’s a breakdown for every corner of the Apple ecosystem that’s slated to get new tricks.

Everything we heard at WWDC 2020

Mac’s Apple chipset: one for the whole Mac family, eventually

The big announcement of the day was saved for the Mac family, which is officially shifting away from Intel chips to use Apple-designed silicon in future Apple desktop machines. The first Mac to use an Apple chipset will be released before the end of 2020, while the transition for the full device lineup will take two years, Apple CEO Tim Cook said. The company is still pledging to support Intel-powered machines with new software upgrades for years.

Apple didn’t undersell the importance of the moment, and compared this transition to three prior Mac turning points in the device’s history: when it shifted to PowerPC chipsets, then when it introduced MacOS X, and finally when it adopted Intel chipsets.

Why change silicon? Apple credited its own chipsets as crucial to the success of its device line, starting with the A4 Bionic chipset in the iPhone 4 and onward with the Apple Watches and iPads released over the years. The new Mac chipsets will be a family of SoCs for the entire Mac line. Like its other system-on-chips, Apple is focusing on performance and power management with a neural engine for machine learning and scalable architecture.

iOS 14 has gotten the lion’s share of improvements at WWDC 2020. Most importantly, Apple has generously noticed how terrible we all are at organizing our pages and pages of apps – now, your final page on the Home Screen will be auto-generated app collections, and if you want, you can hide pages of apps you don’t really use. Yes, it feels a little Android-ish to us, too.

You can also insert mini-apps called Widgets into your Home Screen pages – think of them as the abbreviated apps you’d see on your Apple Watches, which you can customize in the Widget Gallery. iMessages has improved, too, adding some work chat-inspired features like inline replies and pinned conversations.

Siri will no longer take up the full screen, opting instead for a small popup at the bottom of the display, and can now send audio messages. And another inherited-from-Android feature: iOS 14 will get picture-in-picture video viewing. Huzzah.

Maps has been upgraded to offer cycling directions, which will be added to a handful of big cities at first. Cycling will give you ideas of elevation and suggested routes, while a new dedicated EV mode will track routes from EV recharging station to recharging station.

Carplay has some upgrades too, including new backgrounds and, in select vehicles, allowing users to use their phones in place of car key fobs. The first car to take advantage of this will be the newest BMW 5 series: in the presentation, we saw someone unlock their doors via NFC on their iPhone. This goes beyond one linked device: it allows you to share ‘keys’ and vary access with conceivably anyone with an iPhone. This feature will be coming in iOS 14 but will also be made available in July for iOS 13 users.

Finally, iOS 14 will get improvements to the App Store in the form of new App Clips, which are small digital pop-ups prompting users to download the right app for a service. These can be triggered via NFC – like waving your iPhone in front of a smart scooter station – but they can also be prompted by text or QR code. Best of all, you don’t have to necessarily go through the rigmarole of registering with a new service so long as they accept Apple Pay and signing in with Apple.

While iPadOS has been out since late 2019, we haven’t seen it shift course much from iOS. iPadOS 14 will bring more features and perks to take advantage of tablet screens.

Some of these had obvious appeal: Apple showcased new sidebars for apps that offer shortcuts and handy perks – think of similar toolboxes and panels in Adobe apps – along with expanded menu dropdowns.

There are less flashy methods to expand the real estate, like adding art and lyrics when listening to music in full-screen mode. Other tweaks are simply functional: instead of taking over the full screen, incoming calls will be reduced to just a notification tab at the top – a change that’s also coming to iPhoneOS 14. That goes both ways: iPad will get those nice widget and app auto-organizing features coming to iPhoneOS 14, but we imagine they’ll have a greater effect on an iPad screen.

There are Apple Pencil upgrades, too. A new feature called Scribble lets you write in text fields (like, say, Safari’s search bar) and your penmanship will automatically be converted to typed text. There’s also assistance for your handwritten notes that ‘fixes’ your drawings into shapes – make a wobbly arrow and iPads will straighten it out for you. There’s also new text recognition features: you can select written words and even copy blocks of them to paste into other apps, where it will be converted to typed text.

New firmware upgrades will improve automatic switching between your Apple ecosystem devices: if you’re watching media on your iPad and listening through AirPods, but get a call on your iPhone, your AirPods should automatically switch over..

The AirPods Pro also get a ‘big if true’ update that simulates directional surround sound using algorithms, audio filters, and tinkered frequencies. What that means: if you physically move your head, the accelerometer and sensors in the Pro keep the sound oriented around your device, allowing you to tilt your ears around a cohesive soundspace. This will supposedly adjust even if your entire body is shifted – like, say, if you’re riding a bus.

WatchOS 7 has refined how developers can craft complications, enabling more combinations and watch faces to help users create their own ideal watch faces. Apple’s also made it easier to share watch faces via a new feature, Face Sharing. When you see a watch face you like, click the button prompt and it will download – as well as prompt you to get any missing complications.

Just like in iOS 14, watchOS 7 includes improvements to Maps that add cycling directions, with elevation changes and navigation prompts that appear as large, easy-to-read complications.

Workouts are getting an upgrade, too, adding Dance as a total body workout, which tracks popular (yet broadly-defined) dance styles like Hip Hop and Latin. How? Advanced algorithms detect the difference when wearers use just their arms, just their legs, or combinations of the two. There are more workouts, too, like core training, functional strength training, and even cooldowns for post-workout sessions. The corresponding Activity app in iOS 14 has also been redesigned.

But the big addition is sleep tracking, which uses machine learning to detect patterns and feeds the info into the Health app on the Apple Watch ad linked iPhone. The feature prompts users to establish their own ‘wind down’ routine to end the day. In the morning, wearers can be woken up with either audio tones or haptic vibration for quieter personal alarm. They’re greeted by a wake-up screen with status updates to start your day like temperature, notifications – and crucially, battery life.

Finally, watchOS 7 is getting another health feature of sorts: handwashing detection. Your Apple Watch will harness machine learning and analyze audio to monitor whether you’re washing your hands for the duration of a full 20-second countdown, with fun sounds and a ‘well done’ at the end.

The next macOS update is officially named Big Sur, taking its title from yet another classic California locale. But with the new version comes a bunch of changes. Many of these are interface tweaks, aspiring for more clarity. Windows will use depth, shading, and translucency to convey a hierarchy, which will come to both light and dark modes.

Other tweaks are just as svelte: Mac apps are becoming more squared-off (‘squircles,’ if you will), with a new sidebar and toolbar for Finder. But other shifts are bigger, like macOS inheriting the Control Center from iOS, allowing users quick access to brightness and other settings. There’s also a notification center that lists notifications and widgets, too, like the ones headed to iOS 14.

Maps will also get improvements in macOS Big Sur, with indoor maps and Lookaround (Apple’s street view) and other iOS 14 upgrades like cycling and electric vehicle station navigation.

Safari is also getting some improvements, with site privacy reports that show what they’re accessing. Safari will monitor your saved passwords and compare them against data breaches, which Google already does with Chrome.

As other browsers get smarter about tab management, Safari is introducing new features: hovering over one, for instance, shows a preview of the page.

In tvOS 14, gaming will get multi-user support, while support will be added for specialty the Xbox Elite 2 and Xbox Adaptive Controller. Picture-in-picture is coming to Apple TV, too.