GOG Galaxy 2.0 might be able to take on Steam, thanks to the Epic Games Store 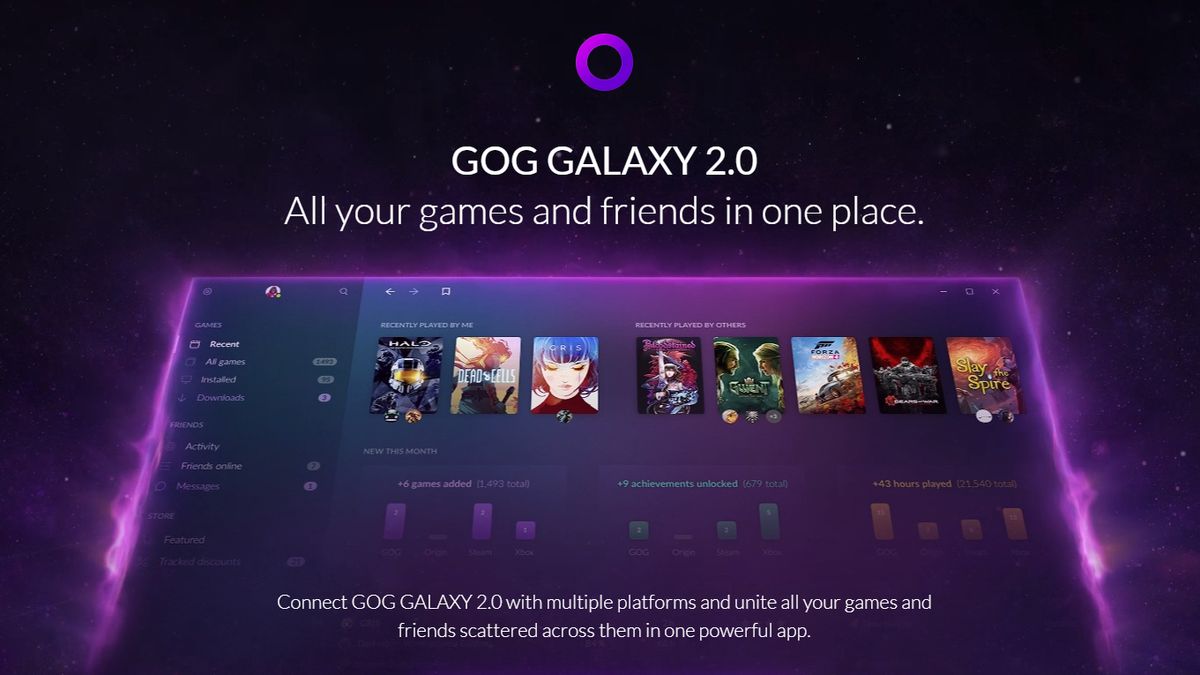 Until now, Xbox Live was the only official integration available for GOG Galaxy 2.0, but CD Projekt has revealed that the Epic Games Store is now supported on the platform too, which means users no longer need to rely on community-built add-ons.

With the new addition, GOG Galaxy 2.0 users can now keep track of game libraries across Steam, Xbox and the Epic Games Store, which the team described as “an important step towards breaking down walls between PC stores.”

“It’s an important step towards breaking down walls between PC stores, as it enables a unified experience for players to manage their PC games library independent of where their games were purchased.”

The service, which exited beta earlier this year, allows you to manage all of your PC games in one place, regardless of where they were purchased. The client also lets you keep track of all of your friends, with a sidebar displaying their online status and what games they are playing, no matter which gaming platform they’re using.

GOG Galaxy 2.0 also keeps track of your in-game achievements and playtime stats across services to offer a fully-integrated experience.

It’s unclear which official integrations will be next to arrive on GOG Galaxy 2.0, but CD Projekt is busy working on new features for the all-in-one platform including a games discovery feature that will let you “follow upcoming releases, and discover games popular among your friends and the gaming community.”

If you haven’t yet got your hands on GOG Galaxy 2.0, it’s available as a free download for Windows 10 and macOS.