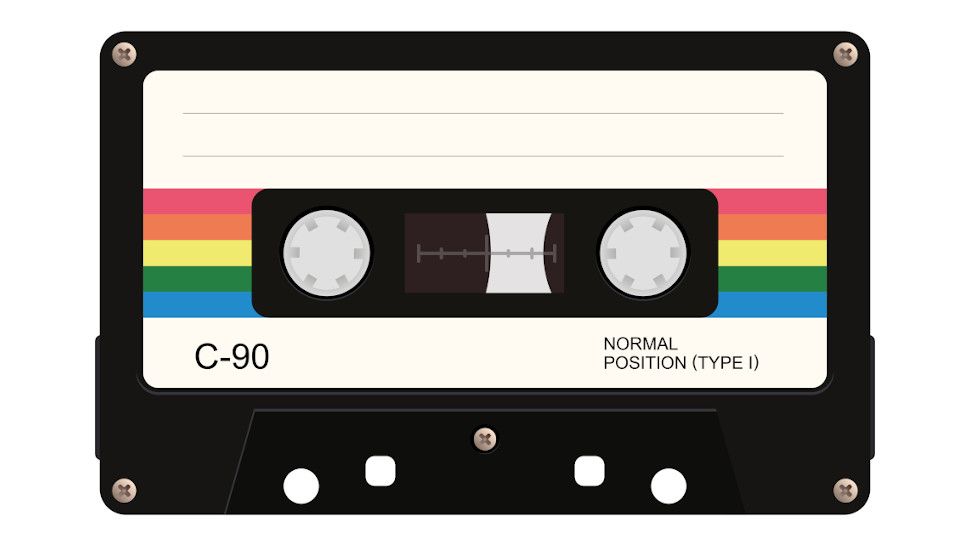 You might think we’ve got the mixtape’s eye-catching cameo in Guardians of Galaxy to thank for the return of the cassette to public consciousness, but in truth, it never really left.

According to Google Trends data, the humble tape has never stopped capturing the imagination; search traffic has been stable for the last decade, even picking up slightly over the past few years.

The audio tape (the one we know best) is analogue in nature and housed in a compact sturdy plastic case, with a tiny plastic window with two reels. Available in capacities ranging from 30 minutes to 180 minutes, it was cheap and widely available.

The arrival of compact discs, MP3 and streaming media made the tape a vintage collectable, but it survived and thrived elsewhere in a different guise: as a tape media.

As technology improved, tape turned out to be an essential part of cloud computing, transitioning seamlessly into the digital world, despite its magnetic nature.

According to the LTO consortium, the organization that promotes the world’s leading tape storage technology, 46 exabytes of native capacity tape storage was shipped in 2019, suggested the technology is alive and kicking.

We approached Fujifilm to ask them what a 2020 version of the venerable cassette tape would look like.

The Japanese company was at the forefront of blank tapes for video and audio and, along with other Nippon firms (Imation, TDK, Maxell and Sony), formed the part of the LTO with an AV tape legacy.

C90 tape was the most common large capacity audio tape of its era, with longer versions (C120, C150 and C180) proving unreliable. At 135m and with a width of only 3.8mm, it offers a considerably smaller surface area – around half a square meter.

Using the same storage density, one can calculate that a C90 tape would hold about 506GB of data, or about 100,000 music tracks compressed in MP3.

Given that an LTO tape, with a more robust set of features, costs about $20 (albeit the older generation), one might envision that a souped-up 21st century tape that plays digital audio only would cost a bit less.

However, forget about backwards compatibility; even a physically identical replica would not work in 1980s-style cassette players or boomboxes.

Further, despite the nostalgia appeal, there are a number of other stumbling blocks that combine to make the revival of brown ribbon unlikely.

Poor battery life, the absence of a shuffle mode (remember, tape is linear), limited resistance to tear, wear, shocks and extreme temperature, and the availability of cheap alternatives all stand in the way.