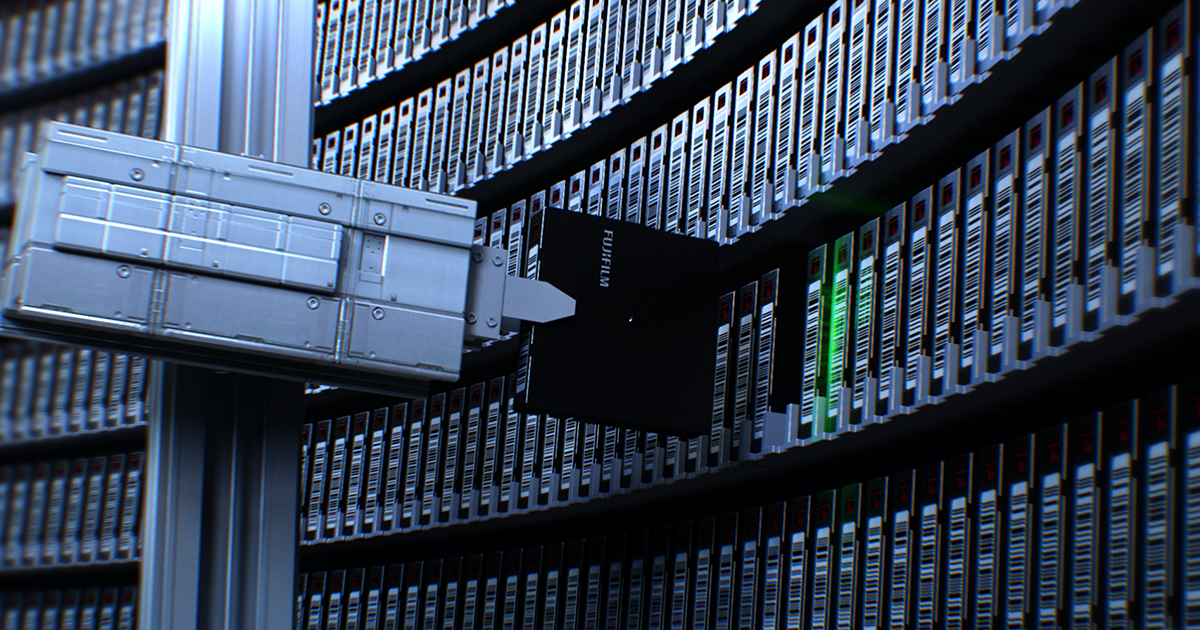 Remember when tape was en vogue, back in the days before it was displaced by compact discs and then vanished from the consumer market? Well, turns out it’s still very much in fashion in the corporate world, where demand for data storage is fast outstripping supply.

Fujifilm has announced it will offer its tape-based Object Archive solution as a service (you could call it TaaS) for a transparent, one-off fee. You can store up to one Petabyte (that’s one million GB) in a datacenter for up to five years for a mere $46,100.

That’s $0.77 cents per TB per month, without the additional egress costs, and there’s even an S3 API for Amazon’s popular cloud storage service.

Compared to Backblaze, one of the cheapest online cloud backup services around, Fujifilm’s offering is about 85% cheaper over five years.

Data is stored in the newly developed OTF (Open Tape Format) on two copies, in a way that mimics RAID-0; 180 LTO-8 and 350 LTO-7 tapes are provided. For added security, the archived data is also air-gapped.

A shorter 3-year subscription is also available for $35,940, which is slightly more expensive in the long run at $1 per TB per month.

Just bear in mind, this is a cold storage solution, similar to Amazon’s Glacier, and as such is unlikely to suit scenarios where data needs to be moved to and from the storage tier on a regular basis.