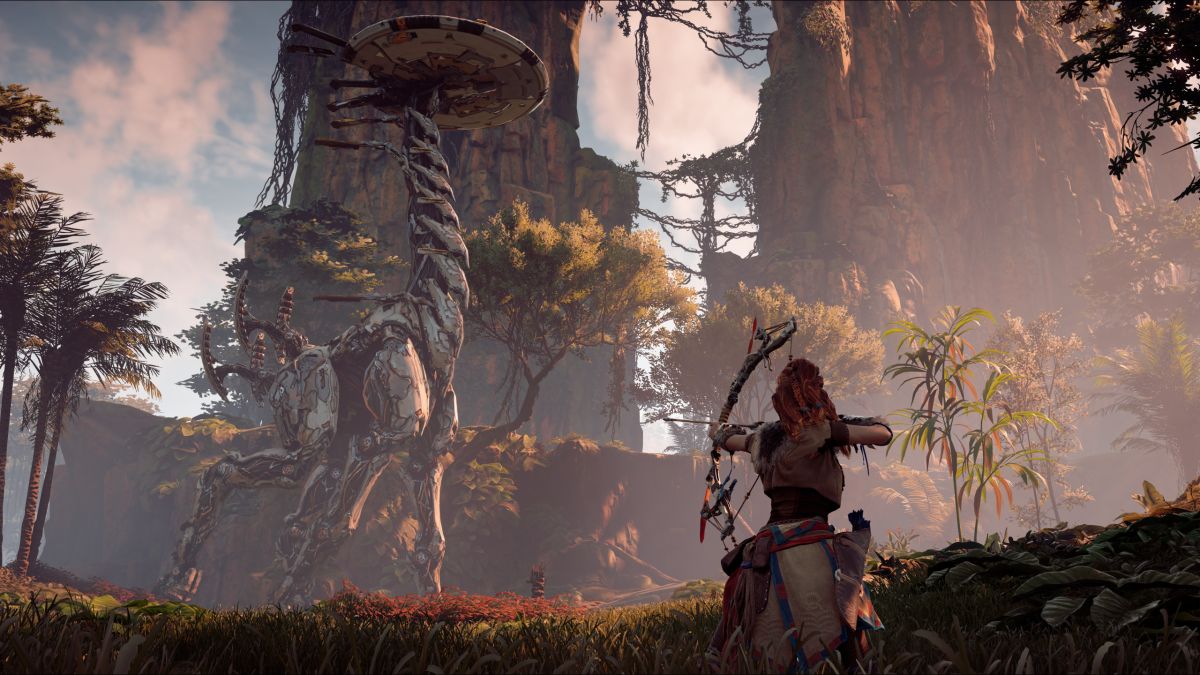 Horizon Zero Dawn has only recently been officially announced as coming to the PC (following previous rumors), and it’s now been confirmed that the port will support ultrawide monitors.

The news comes after a 21:9 aspect ratio screenshot was spotted on the game’s Steam page, and when folks started talking about it on the community forum, one of the development team stepped in to confirm support.

Anne van der Zanden, Community Manager at Guerilla Games, commented: “We will support ultra-wide! As others in this thread already pointed out, the first screenshot on the Store Page is taken from the PC port.”

Steam achievements will also be supported by Horizon Zero Dawn on the PC. But obviously it’s the extra screen real-estate offered with ultrawide monitors which has generated the most excitement, with the added peripheral vision bound to help in the quest to down those robot dinosaurs. As will the use of the mouse and keyboard for aiming that bow, no doubt…

Of course, ultrawide monitor support is becoming more common in PC games, and Horizon Zero Dawn isn’t the only big-name port which will include it. We also recently heard that Death Stranding will go 21:9, for both cut-scenes and in-game graphics.

Horizon Zero Dawn is set to land on PC in the summer, and it will arrive with The Frozen Wilds expansion bolted on.