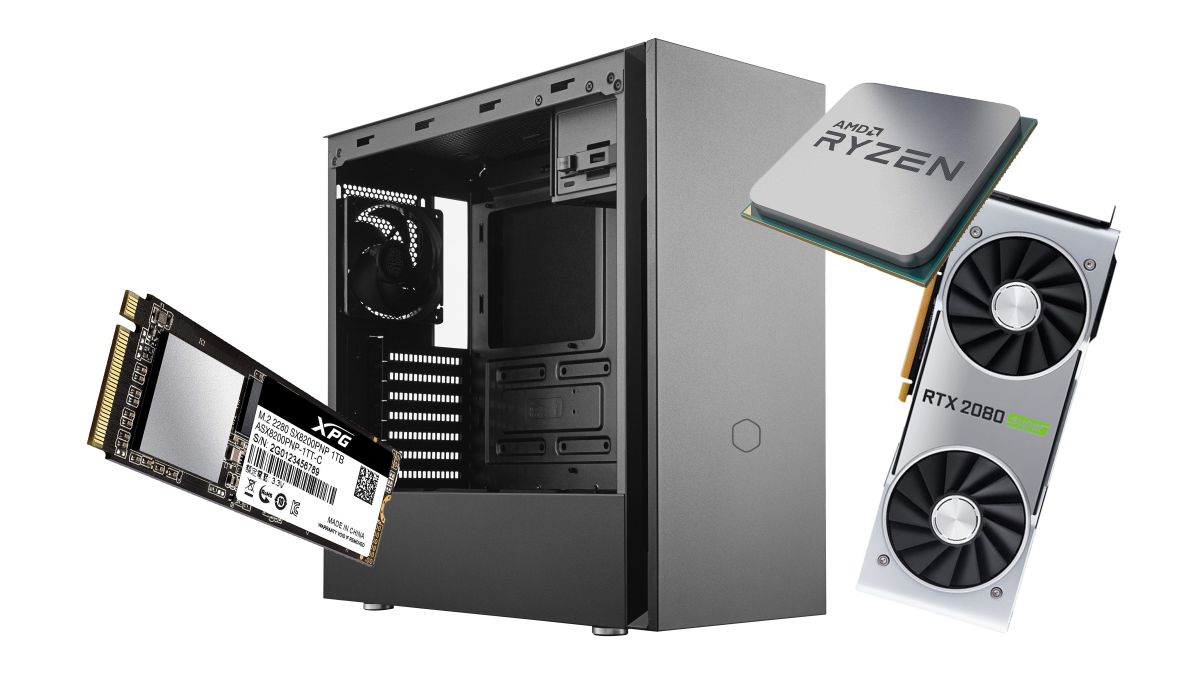 Traditional gaming consoles have come a long way from using proprietary components. Today, home entertainment essentials like the Xbox One, PS4 and Nintendo Switch all feature components derivative of mid-to-lower tier gaming PCs. Both the Playstation 4 and Xbox One even use similar chipsets provided by AMD.

Mid-console cycle releases through the Playstation 4 Pro and Xbox One X brought 4K gaming into the mix despite having issues matching higher tier gaming rig performance. With the Playstation 5 and Xbox Series X slated to hit shelves this upcoming holiday, expect these next-gen devices to follow suit as well. Take a look at the reported specs below:

Though highly touted buzzwords like Ray Tracing and SSDs may sound like relatively new technologies for next-gen consoles, PC gamers have been enjoying those features for a few years now. It’s similar to the streaming/sharing and multitasking capabilities of eighth-gen hardware that were familiar to PC users when they launched. Doesn’t hurt that a large majority of popular third-party games from AAA studios like Electronic Arts, Activision, Bethesda Studios and Rockstar Games are also available for PC.

Most of the time, PC ports simply run better with proper optimization.  Purchasing a console is also significantly cheaper as the next-gen releases are reportedly slated to run around $500. Meanwhile, a top of the line graphics card alone can run as high as $2,499 (£2,452, AU$4,599) for the Nvidia Titan RTX. That doesn’t even consider additional costs like a case, power supply, sound output, motherboard, CPU and storage. However, PCs still offer everything from a fully functional operating system for non gaming tasks to modding.

Both the PS4 and Xbox One featured versions of AMD’s eight-core x86-64 Jaguar chipset when they launched in 2013. The PS5 and Xbox Series X will stick to AMD processors through their Zen 2 line of CPUs. With clock speeds between 3.5GHz – 3.8GHz between eight-cores and 16 threads, this is a significant jump from its predecessors relatively weak CPUs hovering around 1.6GHz.

As of now, the comparable AMD Ryzen 7 3700X can churn out 3.6GHz – 3.9GHz through its eight cores and 16 threads. Cost for that chipset currently runs around $300 on average; more than half the estimated price of a next-gen console.

The most expensive component for those looking to have their gaming rig match-up with Microsoft and Sony’s next gen consoles is undoubtedly the graphics card. This is where things also get a bit tricky. Both next-gen consoles are set to include GPUs based on the upcoming AMD RDNA 2 graphics architecture, launching by the end of the year. These graphics cards will be the first from AMD to offer Ray Tracing capabilities. Ray Tracing will allow for more realistic shadows, reflections and just better visual fidelity.

Games including Control, Call of Duty: Modern Warfare, Battlefield V and Metro Exodus support the feature currently exclusive to Nvidia’s Turing series of graphics cards. Though it’s possible to purchase an Nvidia GeForce RTX 2060 for $299 (£299, AU$599), next-gen games are probably going to require more than that card’s available 6GBs of video ram. For a graphics card that could compete with the PS5 and Series X’s 4K abilities at 60 frames-per-second, one is going to have to buy the more powerful Nvidia GeForce RTX 2080 Super with 8GBs of video ram and 11.15 TFLOPs. That’ll start at $699 (about £560, AU$990).

The PS5 and Series X will make a jump from 8GBs (GDDR5) system RAM to 16GBs (GDDR6) this time around. Be mindful that consoles share RAM between CPU and graphics cards as opposed to PCs utilizing separate video ram for rendering. Probably the cheapest component to acquire, one can find 16GB of RAM online for less than $100 (£100, AU$140).

Next-gen consoles are leaving Hard Disc Drives alone for Solid-State-Drives which promises notably faster load-times. Around the initial announcement of the PS5, Sony used PS4 exclusive Marvel’s Spiderman to showcase those improvements. Loading times using a “low-speed” version of the PS5 development kit reduced a fast-travel screen load time from 15 seconds to 0.8 seconds. For the impressive Unreal Engine 5 demo, Epic Games recommended using the faster NVMe SSD. SSDs are so commonplace now in PC gaming that the average 1TB hard drive can be purchased for a little under $200.

There are several things to consider when choosing a motherboard, including processor compatibility and audio capabilities alongside internal connectivity specs like Wi-Fi, Bluetooth and the amount of USB ports. The MSI MPG X570 Gaming Pro Carbon WIFI, which comes in at $250 (£219, AU$354) is a perfect example of how the best motherboards can compete with the PS5 and Xbox Series X.

A slick case can be just as attractive as anything from Microsoft and Sony if one knows where to look. For this rig, the Cooler Master Silencio S600 is recommended for its all-black styling that matches the futuristic design of the Xbox Series X. To keep everything running at optimal efficiency, there’s plenty of ventilation available and two Silencio fans for quieter operation. The Cooler Master Silencio S600 also comes with an SD card reader, two USB slots and audio jack through it’s $100 (£100, AU$140) price tag.