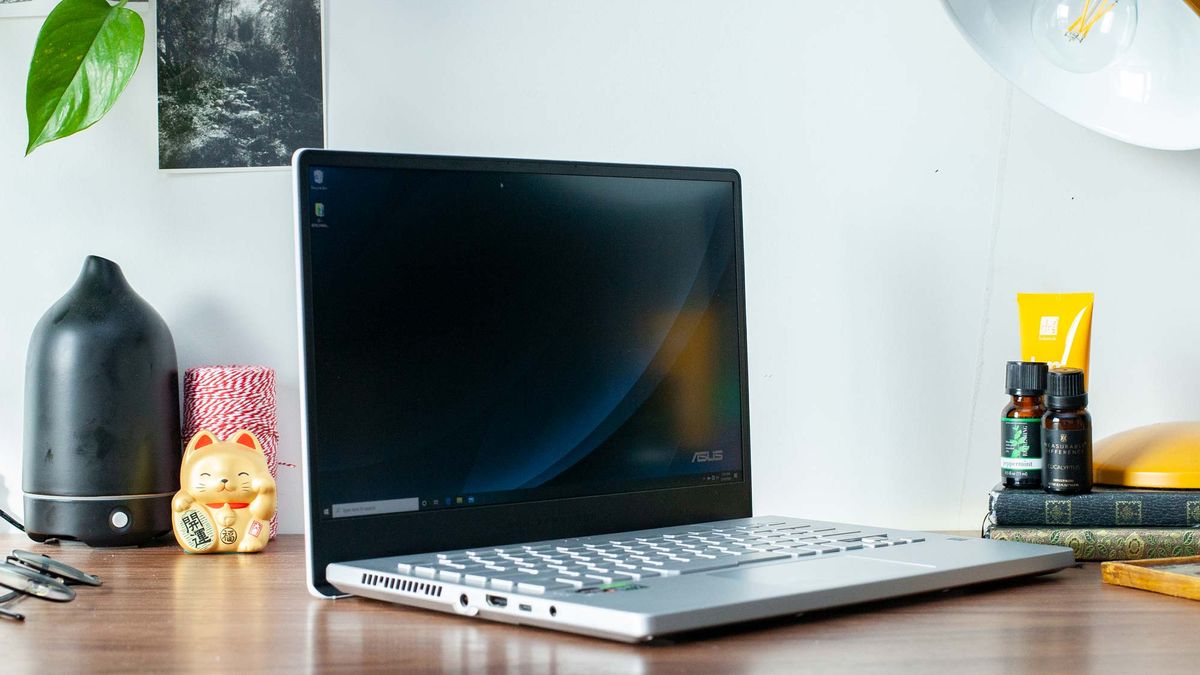 Its no secret that AMD Ryzen 4000 processors for gaming laptops are making waves now, so it’s not surprising that Intel is going to react. But, Team Blue can do better.

For starters, the Intel-based MSI GL65 is packed with a non-MaxQ Nvidia GeForce RTX 2060, with a configured TDP of 90W, much higher than the 65W Max-Q version of the RTX 2060 found in the Asus ROG Zephryus G14. Based on this flawed comparison, Intel is claiming that the Intel Core i7-10750H is up to 23% faster than the AMD Ryzen 9 4900HS.

Now, Intel is still better in gaming than AMD, our Comet Lake testing confirms this – but it’s not 23% faster. Instead, a bulk of the difference in this slide comes down to the difference in the GPUs and the more proficient cooling in the considerably thicker Intel-based laptop.

It’s bizarre that Intel continues to make exaggerated claims in its own marketing material that are so easy to spot. Team Blue is even behind some of the best laptops we’ve reviewed in recent memory, but if you’re on the market for a laptop, you should be wary of this kind of marketing, as it may mislead you into buying a laptop that isn’t quite as good as the picture Intel is painting.

We reached out to Intel for comment, and we’ll update this story as soon as we hear anything back.

It can definitely be argued that the point that Intel was making is that you can get superior gaming performance at a lower price, however, there are several things to take into consideration here.

Unlike with desktop computing, pricing in the laptop space doesn’t correlate directly with performance. The biggest selling points for the Asus ROG Zephyrus G14, and the reason why that laptop is comfortably on the top of our list of the best gaming laptops, is that it balances good gaming performance with extremely long battery life, in a chassis that’s thin, light, and easy to take around with you wherever you go.

The MSI GL65, however, is a more traditional gaming laptop chassis. It’s a bit bulkier, has a more gaming-oriented design language, and it’s not made to be transported everywhere you go. In short, the two laptops are designed for different things, and aren’t directly comparable.

Yes, the MSI GL65 system is cheaper, but you’re losing out on build quality, aesthetics and portability.

It’s easy to just look at two laptops and make a simple price comparison based on specs and performance, but that’s simply not how the laptop market operates. Performance is only one part of what goes into making a great laptop, and only one factor you should consider when weighing the value of a device.

Basically, even just looking at the pricing of these two systems seems like a bad-faith comparison.