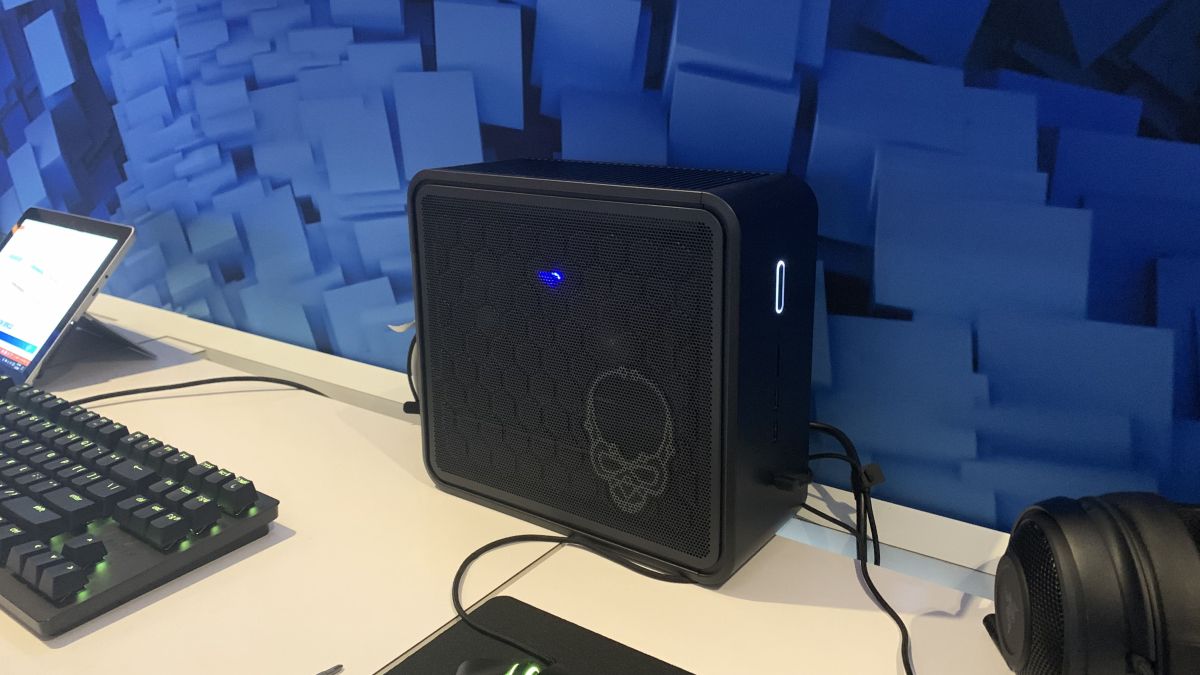 Intel’s NUC 11 has popped up in a leak which shows a compact PC box packing a quad-core Tiger Lake-U processor with an impressive boost speed, alongside a GTX 1660 Ti graphics card.

NUC is short for Next Unit of Computing, and basically means a mini PC that can happily sit in your living room without looking like an eyesore. Intel’s Ghost Canyon has just emerged – see our full review here – and rumor has it that Phantom Canyon and Panther Canyon will follow (perhaps later this year, if a leaked roadmap is correct) using 11th-gen Tiger Lake-U (10nm+) processors.

Hardware Leaks (well-known leaker Rogame’s new tech site) spotted a 3DMark Time Spy benchmark which is purportedly from a Phantom Canyon NUC (that’s the ‘extreme’ version targeted at enthusiasts, as opposed to the mainstream ‘performance’ model which will allegedly be Panther Canyon).

The device apparently being tested is powered by a quad-core (eight-thread) Tiger Lake-U mobile processor with a base clock of 2.3GHz and boost to 4.4GHz. Remember that the CPU is an engineering sample, or early version of the chip, so the final product will be faster still.

And that Turbo to 4.4GHz already looks impressive compared to what we see with Ice Lake mobile CPUs which top out at a boost of 4.1GHz. Rogame guesses that this chip is a 28W Core i5 Tiger Lake sample.

The NUC in the benchmark pairs this processor with an Nvidia GeForce GTX 1660 Ti, albeit the mobile version of that graphics card, not the full desktop GPU. Presumably there will be a higher-end configuration of Phantom Canyon with a more powerful GeForce card, that will allow it to compete better with the performance of the next-gen consoles which are, after all, also due late this year (and apparently not affected by any coronavirus-related delay – although Intel’s NUC might be).

Remember that these NUC 11 models are still in the realm of speculation, with nothing officially confirmed by Intel yet.

According to that previous rumor we heard, which spilled a lot of details, the Phantom Canyon box is expected to be 1.35 liters and will have room for that discrete GPU, whereas Panther Canyon will be smaller and rely on Intel’s integrated Xe (Gen12) graphics. PCIe 4.0 support is also expected to be on board.