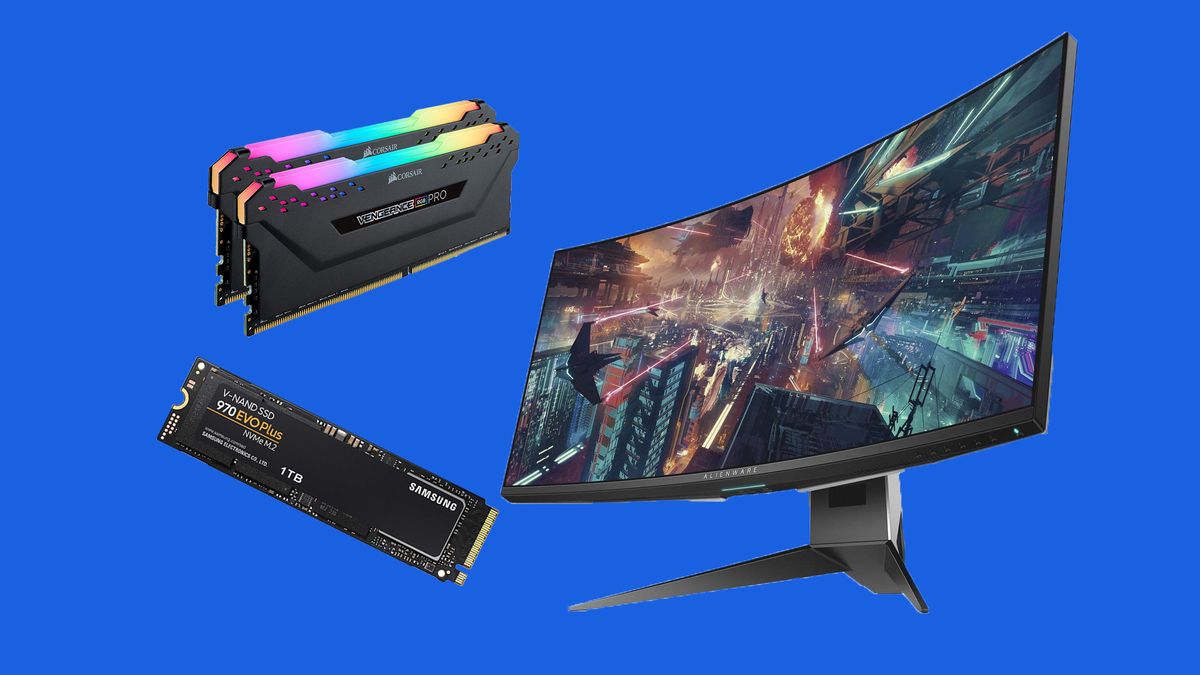 Deciding when to upgrade your PC is as tough a decision as any. There is a constant flow of new PC components coming to the market, each leapfrogging the last, and computer upgrades aren’t always easy to afford.

But now is a pretty good time to give upgrading a shot. There are a lot of great parts on the market, with good prices on some of the best items, and there isn’t too much reason to hold out.

Let’s take a look at some of the particularly strong reasons for you to make sure your gaming PC is up to speed.

The competitiveness of Ryzen

We’re not just going to say that the latest Ryzen 3000-Series are reason enough to upgrade your computer. But, they’ve introduced a killer new platform and have helped bring down the prices on Intel’s products as well.

From AMD’s highest-end Zen 2 chips down to the lower end, like the Ryzen 5 3600, the new ecosystem offers incredible performance that scales up well with the number of cores. It’s even better for gamers, who can get great game performance even from the cheaper Ryzen 5 chips.

AMD’s new X570 chipset also works with the new CPUs to enable PCIe 4.0. This can double the data bandwidth for add-in cards, enabling much faster storage.

Best of all, many of AMD’s great, consumer-targeted Ryzen 3000-series chips have been on the market long enough that they’re starting to get great discounts. A perfect example is this Ryzen 5 3600X deal that doesn’t seem to have an end in sight.

Though AMD’s processors have been bad news for Intel, they’re good news for shoppers who want to buy Intel parts. We’ve seen some of the latest Intel chips get lower prices than their predecessors as Intel has real competition once again.

Intel’s Coffee Lake Refresh chips are offering plenty of power, especially when it comes to individual cores. We’ve even seen Intel drop the prices of its HEDT chips, as the Intel Core i9-10980XE launched at half the price of its predecessor.

So, if you’re looking to pick up a new CPU and motherboard, you’ll find great options from both Team Red and Team Blue right now.

We’ve come a long way from the flash shortages of 2018. Now, it’s about as affordable as ever to load your computer up with memory and solid state storage. We’ve even seen 1TB of PCIe SSD storage cost little over the price of a new video game.

If your computer is running on a hard drive and has 8GB of RAM, now is a great time to make the upgrade.

You can find some cheap RAM to load up your computer, giving you plenty of memory for games or for Chrome to hog. Or you can go with the best RAM, giving your PC faster memory to work with.

The best upgrade would be to get your operating system and favorite programs running on an SSD. And no, we’re not even talking about an old 2.5-inch SSD. While those can offer a good boost in performance over a hard drive, a PCIe NVMe SSD offers even more throughput by skipping past the dated SATA interface used by hard drives and older SSDs.

You can find the best SSD at surprisingly reasonable prices. So, if you held out on adding an SSD (or three) to your computer because the price had always seemed too high, check again.

The affordability of performance monitors

When you’re using your computer, you’re looking at your monitor. So, it’ll be a service to your eyes to make sure you’ve got a good one. This is especially true if you’re doing a lot of working from home or gaming to maintain social distance.

While just a couple years ago 4K and high-refresh monitors were expensive and niche, they’re starting to become much more commonplace. And that means they’re also getting much more affordable.

Gamers can find many gaming monitors offering 1440p and higher resolutions while also smooth crisp 144Hz refresh rates. There are even affordable 240Hz monitors showing up.

High-end monitors are also starting to push the limits with 4K and HDR. You can be sure you’re getting a brilliant monitor by looking out for certifications like G-Sync Ultimate, FreeSync Premium Pro or VESA’s DisplayHDR 1000, though VESA also has some lower level certifications that indicate a reduced level of quality.

With all of these upgrades you’ll be looking at a high-performance work-from-home machine or a modern gaming rig that’s ready to carry you through all of the exciting PC games coming out in 2020.