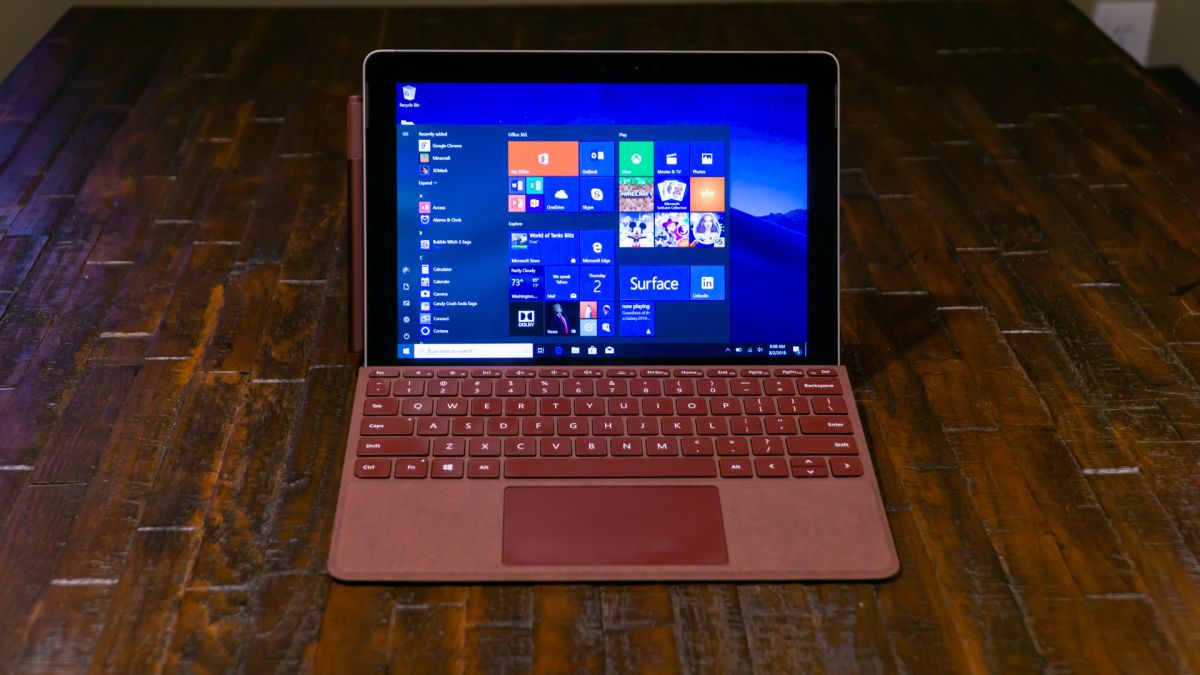 A Surface Go 2 may have just appeared in 3DMark benchmarks, revealing the tablet’s under the hood upgrades.

This isn’t the first time the so-called Surface Go 2 has been sighted in benchmarks. An earlier leak, found by NotebookCheck outed a variant of the incoming tablet, in both LTE and non-LTE variants, powered by a dual-core Intel Core m3-8100Y processor.

Now a second listing on 3DMark, spotted by tipster @_rogame, reveals that the Surface Go 2 will also be made available in a variant powered by Intel’s Pentium 4425Y processor.

Both Surface Go 2 models will pack 8B RAM, according to the 3DMark listing, and the m3-8100Y and Pentium 4425Y variants will ship with 128GB and 256GB of built-in SSD storage, respectively.

Microsoft is expected to show off the Surface Go 2 during a spring hardware launch event that presumably will be held online-only.

What about the specs?

While this listing confirms we’ll see a step-up over the Pentium Gold 4415Y processor that powered the original Surface Go, the second-generation models will arrive using already outdated processors.

The Pentium 4425Y is only clocked 100MHz higher than its predecessor and struggled in the 3DMark Time Spy benchmarks shared by @_rogame, with a CPU score of 1,089 and a graphics score of 292.

The almost-two-year-old Intel Core m3-8100Y, which has a base clock speed of 1.1GHz, fared slightly better, with CPU and GPU scores of 1,380 and 303, respectively. However, it’s worth remembering that the Surface Go is the entry-level model in Microsoft’s Surface lineup; the original model retailed for just $399.

Beyond details about the device’s underwhelming innards, we don’t yet know much else about Microsoft’s next-generation 2-in-1, though the device is expected to retain silver magnesium-alloy finish and rotating kickstand found on the original Surface Go.