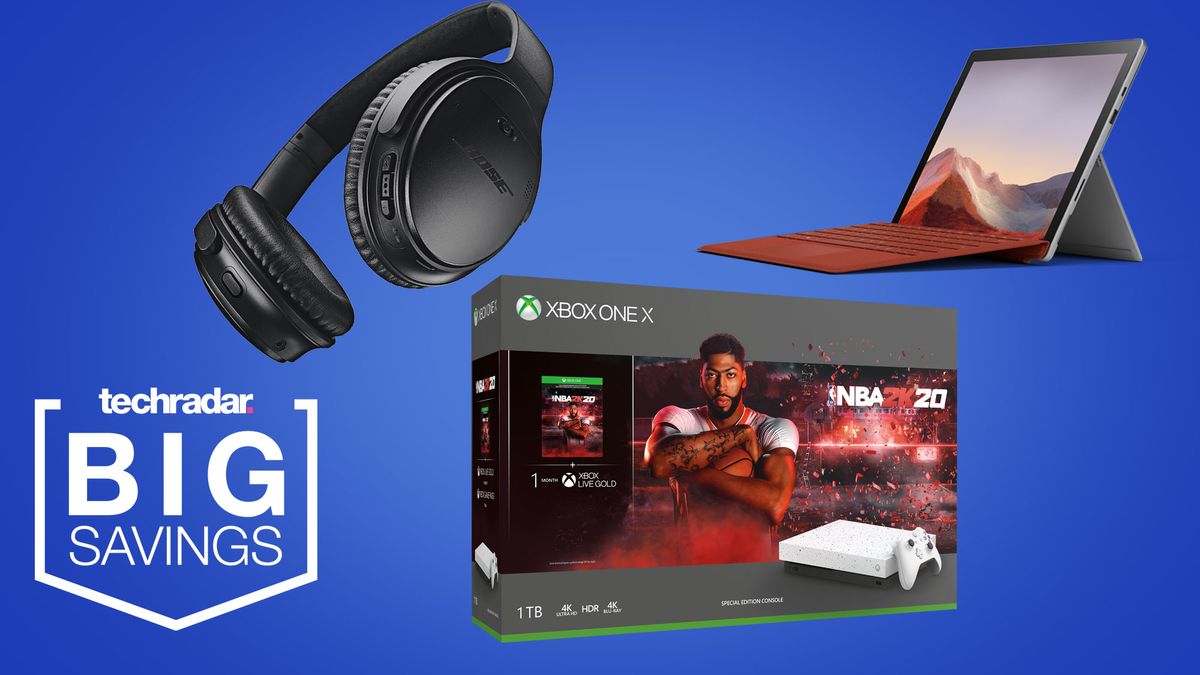 Making the transition from the office to your home can be difficult, especially if you lack the tools to do your job efficiently. Luckily, Microsoft is currently holding its ‘Spring Sale,’ which includes fantastic deals on essentials and at-home entertainment. For a limited time, you can save on a selection of laptops, noise-canceling headphones, X-Box One consoles, smartwatches and more.

Microsoft’s top deals include savings on best-selling laptops like the HP 14-inch laptop on sale for just $349 and up to $200 off the 2-in-1 Surface Pro 7. If you’re looking for headphone bargains you can get the Samsung Galaxy Buds on sale for $99.99 and save $50 on the Bose QuietComfort 35 II. Interested in Xbox deals? You can get the Xbox One X Star Wars Jedi: Fallen Order bundle on sale for $299 and score a $100 discount on the NBA 2K20 Special Edition bundle.

Shop more of Microsoft’s top ‘Spring Sale’ discounts below, and keep in mind, these incredible deals end on March 14.

Surface Pro 7 Laptop: Starting at $749 at Microsoft
You can save up to $200 on the 2-in-1 Surface Pro 7 laptop at Microsoft’s spring sale. The versatile laptop features a 12.3-inch touchscreen display and provides up to 10 hours of battery life.
View Deal

Surface Book 2: Starting at $999 at Microsoft
For a limited time, you can save up to $500 on the Surface Book 2. The powerful laptop is available in a 13.5-inch or 15-inch PixelSense display and features up to 1060 NVIDIA GeForce GTX graphics.
View Deal

Samsung Galaxy Buds: $99.99 at Microsoft
Get the newly released Samsung Galaxy Buds on sale for $99.99. The earbuds feature Ambient Aware technology which lets you control how much surrounding noise you want to hear.
View Deal

Bose QC35 II: $299 at Microsoft
For a limited time, Microsoft has the top-rated Bose Q35 II headphones on sale for $299. The wireless headphones boast two levels of active noise cancellation, a 2-microphone system and provide up to 20 hours of battery life.
View Deal

1TB Xbox One X | NBA 2K20 Bundle | $299 at Microsoft
Take on the best NBA 2K20 players in the world with this bundle from Microsoft. This bundle includes a full-game download of NBA 2K20 and a free one-month trial of Xbox Game Pass and Xbox Live Gold.
View Deal

See more offers with the best cheap laptop deals and the best Xbox One prices, bundles, sales, and deals.