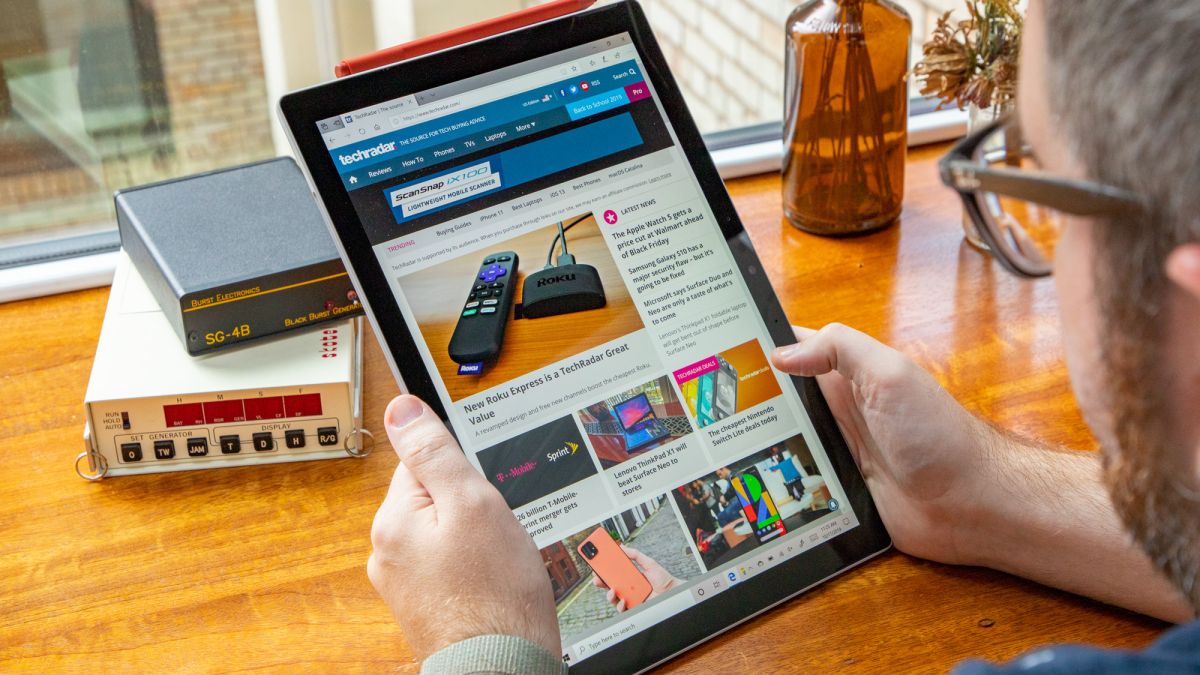 Microsoft may have plans for a future dual-screen Surface device in which both displays are connected by a magnetic hinge.

The patent filed with the USPTO (as spotted by Windows Latest) details what Microsoft describes as a ‘virtual magnetic hinge’ which runs the length of both displays (at least in one implementation), and offers a convenient and secure method of attaching the two screens together, facilitating rotation through 180-degrees.

The idea is that the two displays would easily snap together, much as is the case with Microsoft’s existing Surface devices which already use magnetic connections for the display and keyboard portions, like the Surface Book and Surface Pro models.

Furthermore, Microsoft describes a seamless implementation of this concept, as no elements of the hinge mechanism will be visible to the user, and indeed both screens can be used separately (as individual tablets, as it were).

As the patent makes clear: “The magnetic hinge assembly creates paired devices that function as though they are hinged together even though they are not mechanically connected and no hinge elements are visible and the user can separate and reattach the device portions at any time.”

The magnetic hinge would also offer other advantages over a physical mechanism, leading to a reduced gap between the two displays, and less chance of dust or other debris getting into the hinge and interfering with its operation.

This is an interesting glimpse of a possible future Surface device, but as ever with any patent, the concept may not move past the exploratory or research phase, or ever see the light of day in a finished product.

What we do know is that Microsoft has a couple of dual-screen devices in the pipeline, one of which could emerge in the very near future, rumor has it – namely the Surface Duo – although the larger Surface Neo (running Windows 10X) isn’t expected until 2021 now (initially, both of these devices were planned to debut at the end of 2020).