Minecraft with RTX beta arrives on April 16 with DLSS 2.0 for faster frame-rates for PC gamers 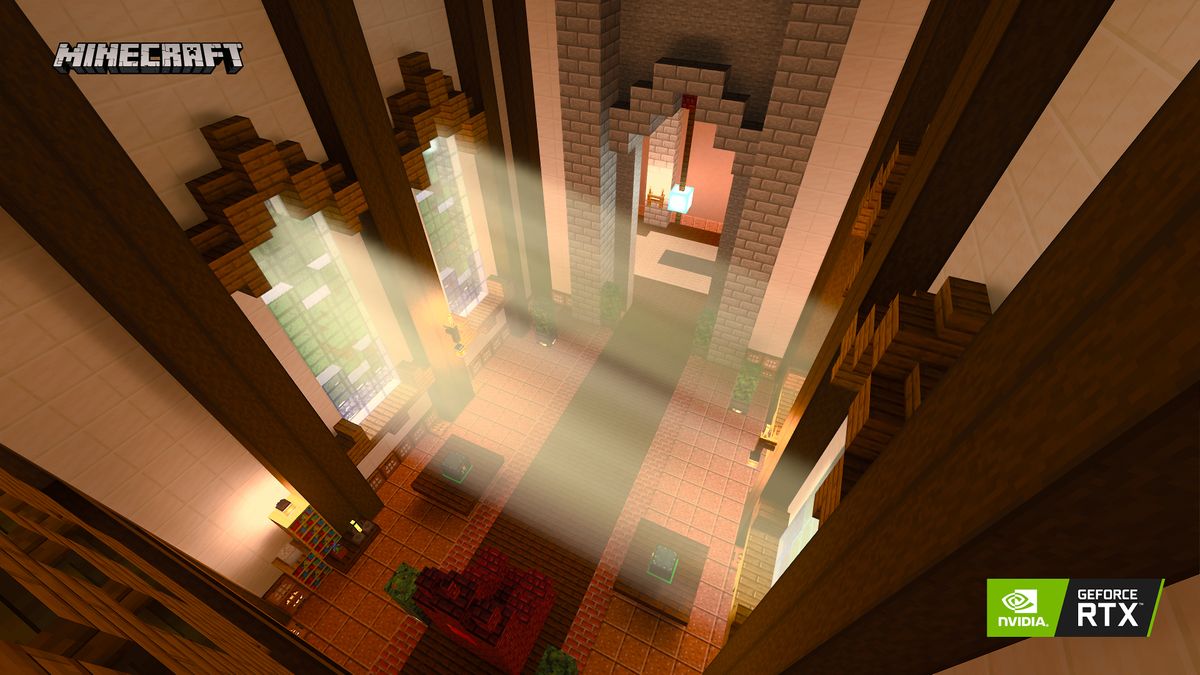 Minecraft with RTX will be in open beta on Windows 10 in just two days’ time, with the revamped game featuring DLSS 2.0 support.

The new ray-traced version will be available to all Minecraft players come Thursday, April 16 at 10am PT (1pm ET, or 6pm UK time), representing a major graphics facelift.

So expect highly realistic lighting effects and shadows, as well as detailed and accurate reflections in water or other surfaces (like metal). The likes of lava will look much improved, as will any transparent surfaces like stained-glass windows.

Furthermore, Minecraft with RTX will have support for DLSS 2.0, the new and much improved version of Nvidia’s deep learning-powered tech which allows for intelligently upscaling games to higher resolutions (meaning your RTX graphics card will be less taxed to keep up a smooth and fluid frame-rate).

In other words, while the new and improved Minecraft visuals will obviously be more demanding on your hardware, DLSS 2.0 will make those demands far more palatable. Apparently Minecraft can achieve something like 1.7x (or more) faster frame-rates thanks to DLSS 2.0.

You’ll be able to sign up for the open beta via the Xbox Insider Hub on April 16. And don’t forget that to play the beta, you’ll need to be running at least an Nvidia GeForce RTX 2060 graphics card, and you’ll have to make sure you’ve got the latest graphics driver installed.

Along with the beta release, Nvidia is offering up some new worlds which you’ll be able to grab from the Minecraft Marketplace for free, showing off the kind of souped-up visuals you can expect.

These are as follows:

The new ray-traced version will be a free update for those who own a copy of Minecraft on Windows 10, and following this bout of beta testing, it’s expected to arrive later this year.