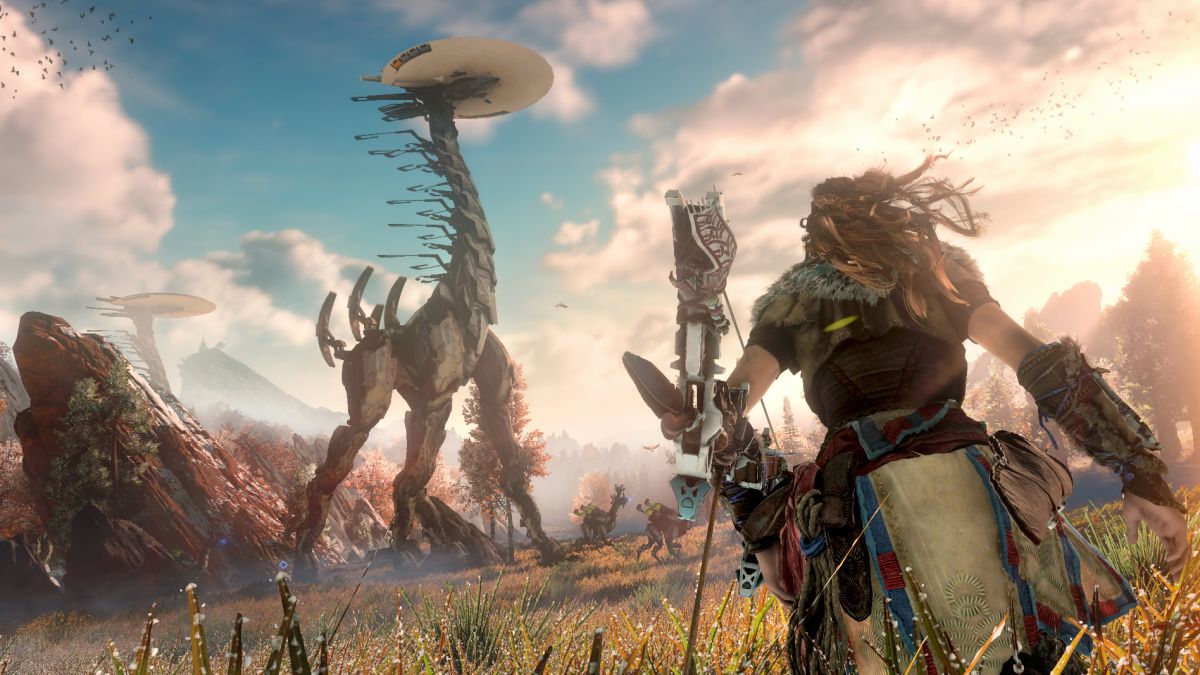 When Sony announced that Horizon Zero Dawn was coming to PC in March 2020, it buried the news in the second paragraph of an interview with PlayStation’s Head of Worldwide Studios Hermen Hulst. Sony wasn’t shouting about its newfound support for PC – in fact, it seemed so sensitive to potentially strong reactions from its user base that people had to go looking for the announcement.

“And to maybe put a few minds at ease, releasing one first-party AAA title to PC doesn’t necessarily mean that every game now will come to PC,” Hulst said “In my mind, Horizon Zero Dawn was just a great fit in this particular instance.”

Unlike Microsoft, which has brought every one of its exclusive Xbox One games to PC since 2016, Hulst confirmed there are no plans for day and date releases on PC.

This makes sense. Microsoft has clear incentives to simultaneously release its games on Windows 10 and console. Among those is Xbox Game Pass for PC, a tailored service for PC players that carries a lot of PC-only games. Getting people into that ecosystem, of spending a monthly fee to access a range of games, is an important part of the Xbox strategy.

Sony does have PlayStation Now on PC, but that’s a streaming-based service. Horizon will be a full PC port. Sony doesn’t have the same incentive to release its games simultaneously as Microsoft – that’s why it’ll likely never happen. It primarily makes games to sell PlayStation hardware.

Instead, the experiment is probably about sales and player reaction. Like Hulst says, Horizon – with a combat system that relies on accurate use of a bow-and-arrow – seems a strong fit for PC, especially when you think about the potential of mouse and keyboard control and how amazing the game will look at more than 30fps.

“[Releasing] PlayStation games on PC is a betrayal to people that supports PlayStation since PS1. There is no reason to buy a console anymore,” said one Twitter user in response to the news. Honestly, though, the reaction wasn’t really that overblown unless you went searching for bad takes in the usual irrational corners of the internet.

That’s because it’s hard to see a downside to this popular PS4 exclusive making the leap to PC, three years after the fact. It actually seems like a pretty good compromise. Horizon Zero Dawn has been discounted so frequently on the PlayStation Store since release that anyone who wanted to play it on PS4 has had the opportunity. The value of being an exclusive has been preserved, and the game has likely done its job of helping to sell consoles, given that 10 million copies of Horizon have been shifted.

It’s not the only PlayStation game trying this, either. Death Stranding, a Sony-published but independently-developed PS4 game, comes to PC on July 14. Quantic Dream’s games Detroit: Become Human, Heavy Rain and Beyond: Two Souls all released on PC too, after being exclusive to PlayStation before that.

Sony doesn’t have much to lose by bringing its PS4 games to PC. It should do the same thing with its PS5-exclusive games, too. That process doesn’t need to be rushed – if it takes a years-long wait to make it happen, because of the sensitivity of the audience, then so be it. If the end result is a great PC port with detailed graphics settings, and the game has already sold a ton of consoles, why not? For Sony, it’s another way to monetize big-budget games that are designed to sell dedicated hardware.

Horizon Zero Dawn on PC feels like an experiment, but it’s hopefully the start of something. For PC players, too, this just feels like the continuation of a trend that’s been occurring for a long time.

When console classics come to PC

Over the last decade or so, PC players have been fortunate enough to see many console classics make their way to Steam and other services. In many cases, too, it’s taken a long wait for those games to get there.

The Yakuza series, for example, started on PS2 back in 2005, and finally came to PC in August 2018 starting with Yakuza 0. We’ve seen plenty of belated PC ports of console games, from Final Fantasy 15 to Vanquish, or Metal Gear Rising Revengeance. More recently, of course, we’ve seen the Halo: Master Chief Collection bring a payload of classic FPS titles to PC.

Most third-party publishers now release games on PC and consoles simultaneously, too, when that hasn’t always been the case.

For PC players, it’s been exciting to see this trend emerge. At the start of the last generation of consoles, before Microsoft committed to bringing extensive backwards compatibility to Xbox One, it seemed like both manufacturers had lost interest in letting players carry their old games across to the new hardware. That meant PC gaming was the way to go if you wanted to buy a game and be more or less certain you could still play it in 10 years’ time.

Backwards compatibility seems more important at the start of the PS5 and Xbox Series X generation, with both consoles supporting it to different degrees. But the value of adding classic console-first games to your Steam library hasn’t diminished.

That’s why it’s so novel to see a PlayStation exclusive game come to PC, even if it’s years old. And it’s why Sony should build PC releases into its future plans for PS4 and PS5 titles, even if they’re not releasing simultaneously – the enthusiasm for seeing console classics land on PC will never go away.