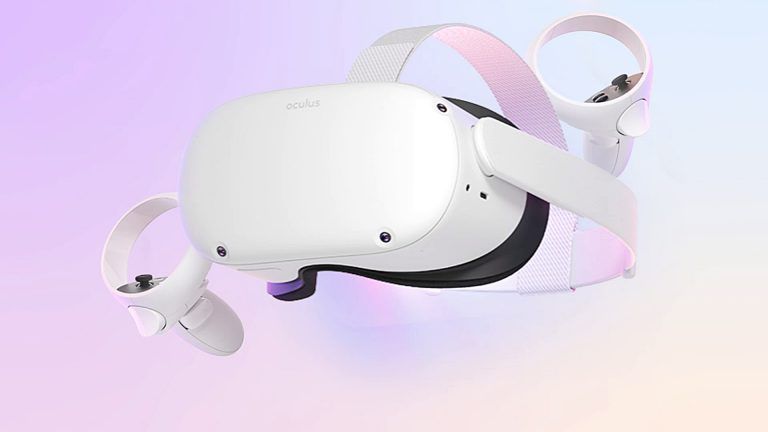 The Oculus Quest 2 VR headset may have just been leaked, after an image of an apparent Quest successor showed up on a known leaker’s Twitter account.

Sporting a white and pink coloring, the headset appears to be a new iteration on the Oculus Quest headset released in 2019, with a slimmer, lighter design and a host of subtle aesthetic changes.

First up is the strap, which appears to have ditched the Quest’s velcro for a simpler attachment solution, though how this will be adjustable isn’t immediately clear from the image. The headset definitely seems slimmed down, and this fits with our expectations of a cheaper model designed to bring Oculus Quest within reach of more budgets.

It’s still wireless, of course, which is the Quest’s main draw over the more powerful Rift S headset, which has to be tethered to a PC. Slightly adjusted camera positions, though, indicate that the field of view for hand-tracking could be wider than before.

Road to VR also notes the lack of a visible IPD slider – a mechanism for moving the screen to a position you can focus on more clearly – which could mean the Quest 2 is cutting costs with a single screen, rather than including one screen for each eye.

Twitter user WalkingCat has a good reputation for accurate leaks, having given the same treatment to the Hololens 2 before its official unveiling by Microsoft.

The leak comes only days after tech news website Nikkei claimed the Oculus Quest 2 was in the works, and in fact entering production in the month of July. This ran counter to sources claiming in May that the headset had been delayed to 2021, but there’s now little doubt that something is on its way, either this year or next.