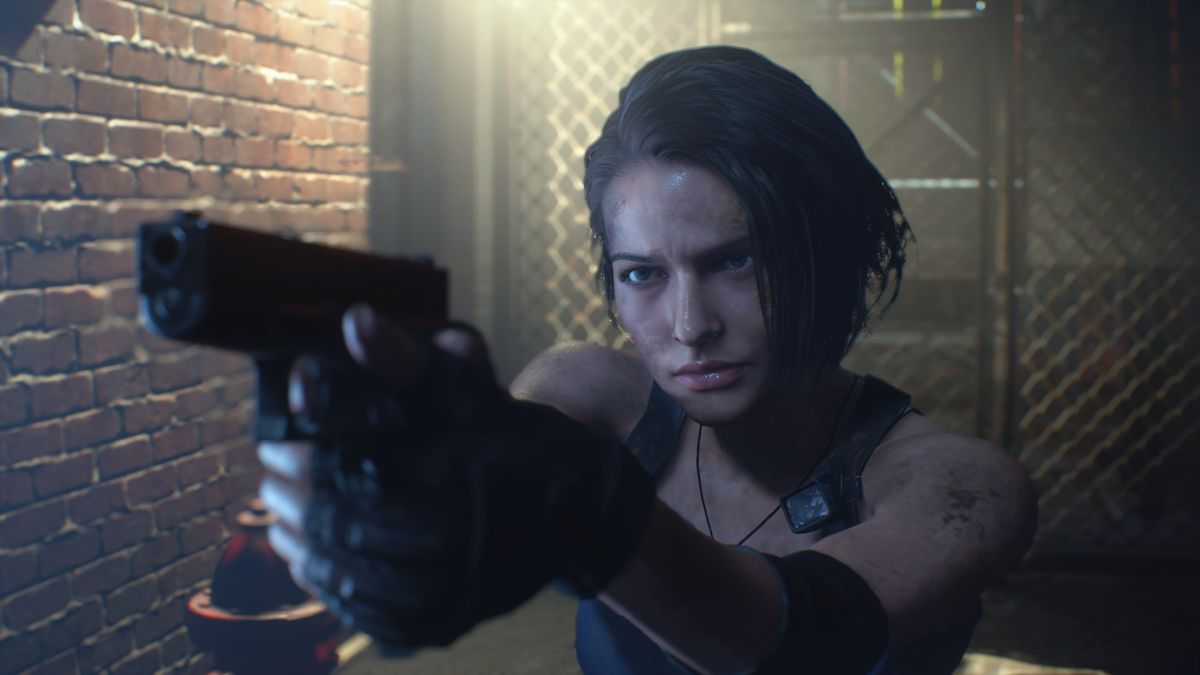 Remakes of classic games are extremely popular right now, and titles like Resident Evil 3 remake are an excellent example. The original version of the game never made its way to PC, so not only are PC gamers able to play this horror classic for the first time, but it looks like a brand new piece of software entirely. In fact, it’s probably one of the best-looking games of the year.

However, with all the visual eye candy here, Resident Evil 3 on PC is pretty taxing on your gaming PC – particularly on VRAM. Before you go on Steam and slap down some cash to pick up Resident Evil 3, we thought it’d be good to explore just how it will perform on some of the most popular graphics cards.

Luckily, we here at TechRadar have access to all the latest and greatest PC hardware, and we went ahead and tested a two-minute slice of the game, embedded below, on ten graphics cards, from the Nvidia GeForce GTX 1060 6GB to the Nvidia GeForce RTX 2080 Ti.

This is the system we used to test Resident Evil 3 PC performance:

Resident Evil 3 PC performance: putting it to the test

The Resident Evil 3 system requirements, listed below, do a pretty decent job of telling you what kind of hardware you’ll need to play this game at 1080p both at 30 fps (minimum) and 60 fps (recommended) levels. For the most part, our testing reveals that these requirements are generally accurate, but it goes a little deeper.

For instance, Resident Evil 3 on PC is an extremely VRAM-dependent game, to the point where running the game at “Graphics Priority”, this game’s way of saying “High” recommends 5.54GB of VRAM at 1080p – which a lot of older graphics cards like the venerable Nvidia GeForce GTX 970 just won’t have.

We did find that you can go above the amount of VRAM you have available, given that you have enough system memory to handle some of the overflow. Just keep in mind that if you’re playing in this way, you could experience some occasional stuttering. For instance, the Nvidia GeForce GTX 1060 at 1080p performed extremely well at 1080p with Graphics Priority settings, but when we turned it to Max, our average frame rate dropped just a little bit, yet our 0.1% low dropped all the way down to 13 fps from 37.

For the most part these drastic drops in frame rate are pretty rare, and only really happen when you’re transitioning from area to area or getting out of a cutscene. The game is still completely playable maxed out, and for the most part is relatively smooth.

If you want to max it out and get completely smooth gameplay, however, you’re going to want to make sure you have a graphics card with at least 8GB of VRAM, which means an Nvidia GeForce RTX 2060 Super or an AMD Radeon RX 5700.

Your graphics card is only one part of the setup, however. We tested the game on a system equipped with an Intel Core i9-9900K and 32GB of HyperX Fury RGB RAM at 3,000MHz. (We mostly stuck to 3,000MHz because we forgot what it was actually rated for and didn’t have time for a ton of trial and error). Watching system usage, all 16 threads of the processor were being hit pretty consistently by the game, with an even spread across all of them.

Traditional knowledge points to games as being single-threaded applications, and that’s a reality we’re getting further from with every major game release. The system requirements technically recommend an Intel Core i7-3770, but we’d recommend a more heavily threaded processor for this game.

As for memory usage, the game is actually pretty forgiving, assuming you’re not going over your VRAM budget. When we were within spec for the graphics card we were using, the Resident Evil 3 PC port only really used around 6-7GB of system memory. However, that rapidly got pushed upwards if we tried to max out the game on pretty much anything but the RTX 2080 Ti. System memory usage could then spike all the way up to 11 or 12GB, which means if you have the recommended 8GB of system memory, you could run into some serious Resident Evil 3 performance problems.

Perhaps unsurprisingly, the only cards that can deliver a solid 60 fps at 4K are the Nvidia GeForce RTX 2080 Super and the RTX 2080 Ti. Even at the more balanced Graphics Priority setting, which is designed for GPUs with 6-8GB of VRAM, the RTX 2070 Super is just shy of hitting that vaunted 60 fps target with 59. Still, though, that’s a very playable frame rate.

However, for as much attention as 4K gets in the mainstream, not many people actually play at that resolution. 1080p is still the most common display resolution, and if you’re still rocking an FHD display, you shouldn’t have too much of a problem running this game at 60 fps.

While the RTX 2080 Ti can easily exceed 200 fps with all the bells and whistles turned all the way up, things are more interesting at the lower end of the spectrum.

Again, as we mentioned earlier, maxing the game out with only 6GB of video memory can result in some jagged bits of gameplay, so we’d recommend sticking with the Graphics Priority preset. The difference in visual quality isn’t that apparent, and average frame rate gets boosted up to 74 fps, while avoiding any massive spikes of latency.

Finally, 1440p is becoming more and more popular every day, and it’s an entirely attainable resolution for modern mid-range GPUs. With the Nvidia GeForce RTX 2060, we got around 83 fps with the Graphics Priority settings, which, again, is recommended for GPUs with only 6GB of VRAM. If you do have an 8GB card, however, the Nvidia GeForce RTX 2060 Super was able to get a solid 86 fps average, while the Radeon RX 5700 was close behind at 84 fps.

At the end of the day, most graphics cards should be able to handle this game pretty easily, unless you’re trying to run it at 4K. Performance drops in half at this high resolution, so we’d only recommend it if you have one of the absolute best GPUs on the market today.

However, because this game includes AMD’s FidelityFX CAS (Contrast-Adaptive Sharpening), if you want to run the game on your 4K monitor, you should be able to upscale from 1440p without it looking awful. In fact, in our testing, even our Nvidia graphics cards provided excellent video quality on our 4K screen. That way, you kind of get the best of both worlds.

While Resident Evil 3 isn’t the most demanding game on the market right now – looking at you, Control – it is still going to be hard for some older GPUs and CPUs to work with.

If you’re still rocking a graphics card with 4GB or less of RAM, you’re probably going to be in for some performance issues. Likewise, if you have an older Core i5 processor with just 4 cores and 4 threads, you’ll similarly have some problems. And, if you haven’t upgraded to 16GB of RAM, we’d advise you to do so while RAM is still affordable.

We’re about to see new consoles and smartphones launch at the tail end of the year, and that will likely see memory and SSD prices increase.

But, we get it. PC components are kind of confusing, especially if you’re a newcomer to the space. So, we went ahead and put together a couple of build configurations for 1080p, 1440p and 4K that can run the game (and pretty much all the best PC games) at the Graphics Priority preset.