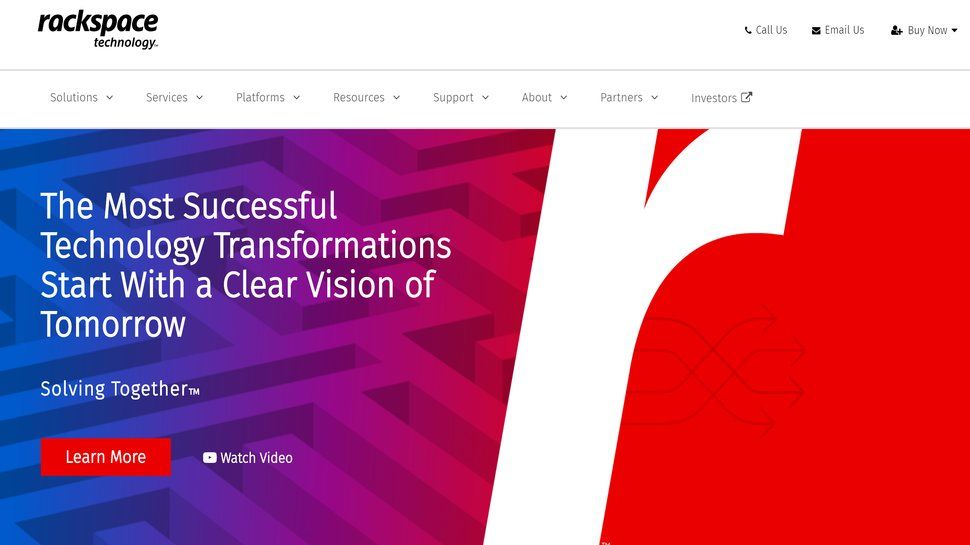 The company went public on the Nasdaq stock exchange last week in the second-largest tech IPO of the year so far, but the first day of public trading saw shares drop 23%.

The disappointment wasn’t Rackpace’s first. The company went originally public in 2008 and experienced a similar 20% drop during its first day of trading. Competition from cloud behemoths like Amazon and Microsoft spooked investors, and Rackspace was ultimately privatized in a $4.3 billion deal in 2016.

Critically, Rackspace’s business has evolved over the past decade. The company has gone from selling its own cloud computing servers to businesses—which pitted it head-to-head with Amazon—to selling software that helps businesses manage operations across multiple cloud platforms. Rackspace is still positioned to benefit from the transition to cloud computing, but it primarily offers ancillary services rather than cloud infrastructure.

Rackspace sees its current niche as serving as a middleman between cloud computing providers like Microsoft, Amazon, and Google and corporate IT departments that need to manage multiple, often overlapping cloud-based networks. The company essentially serves as both a consultant and a software provider, offering help with data migration, network optimization, and cloud security.

Rackspace boasts around 120,000 business customers, but the company isn’t alone in the multi-cloud space. IBM and Accenture both offer consulting services and software designed to help enterprises manage their shift to the cloud. Rackspace claims that its smaller size makes it more adaptable to customer needs, although the IPO debacle demonstrated that investors are still skeptical of the company’s growth potential.