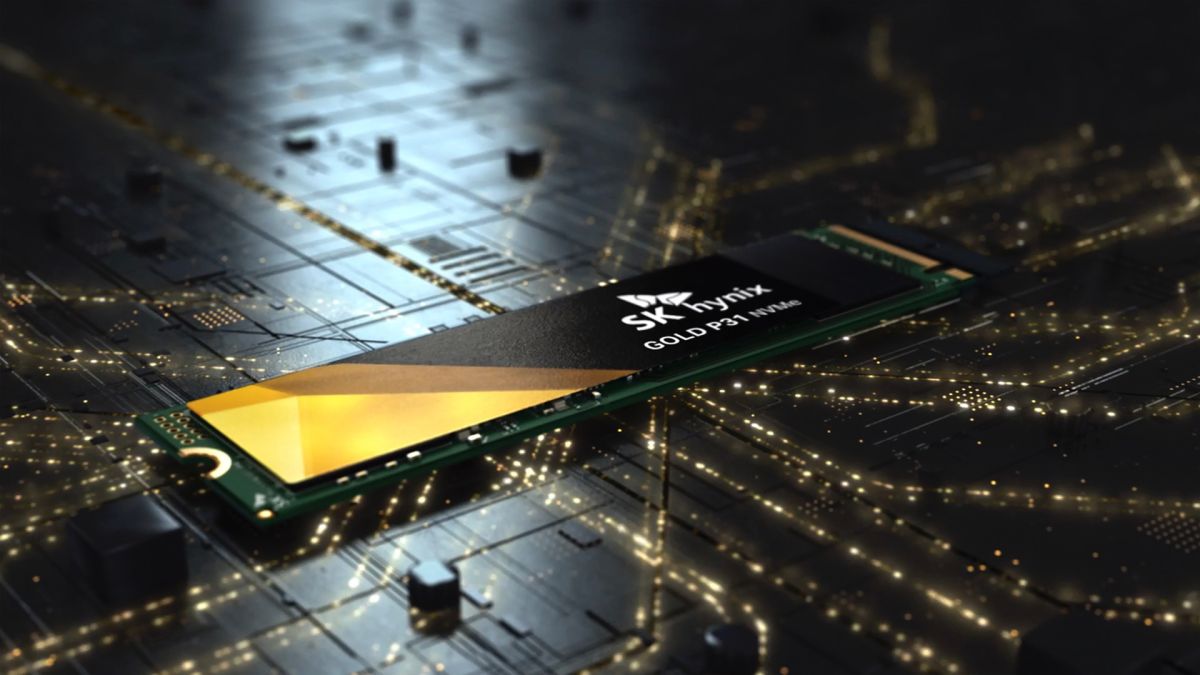 The SK Hynix Gold P31 PCIe NVMe SSD uses a popular M.2-2280 form-factor and is available in 500GB and 1TB capacities. The manufacturer rates read speed of the drive at up to 3500MB/s and write speed at up to 3200MB/s.

The Gold P31 PCIe NVMe SSDs are SK Hynix’s first consumer drives to use 128-layer 3D TLC NAND memory that is designed to offer high capacities (with up to 1Tb or 128GB 3D TLC dies) and high performance (because of a 1.4GT/s interface speeds) at relatively low costs (because of peripheral under cell structure that the company sometimes calls ‘4D NAND’).

Among other things, the new 128-layer 4D TLC NAND technology helped the manufacturer to reduce power consumption of its SSDs, which is important for tightly-packed notebooks. SK Hynix’s 2TB SSD aimed at OEMs consumes just 3W, down from 6W in case of a previous-generation design, so it is reasonable to expect 500GB and 1TB drives to need even less power.

SK Hynix started to use its 128-layer 4D TLC NAND memory for their high-margin products aimed at servers late last year, so now the time has come to use the new type of memory for consumer drives as well.

Although SK Hynix does not disclose TBW [terabytes to be written] ratings of the new SSDs, it claims that the Gold P31 drives are covered with a five-year warranty and are guaranteed to ‘withstand first-rate TBWs’.

The new SK Hynix Gold P31 PCIe NVMe SSDs will be available first from Amazon, but expect wider availability in the coming days and weeks.