Surface Book 4: what we want to see 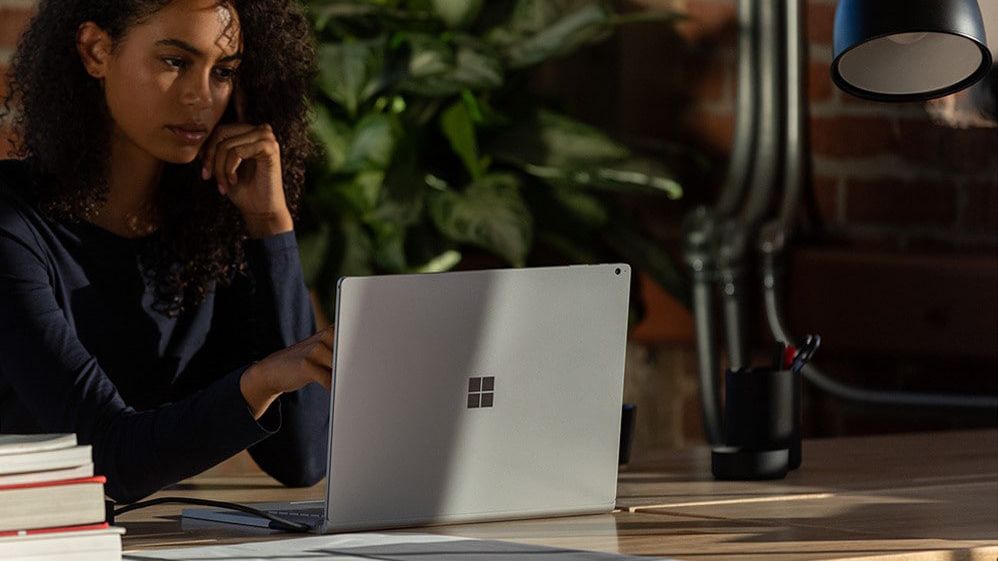 Anticipation for the Surface Book 4 is already growing, even though its predecessor, the Surface Book 3 is just a few months old. That’s because it came out with a weak Ice Lake U-series processor, much to the disappointment of the line’s fans. And, users who were looking to upgrade from their older models are now hoping for a better follow-up, one preferably with more powerful specs inside.

The Surface Book series typically comes out every two years, and seeing as the line’s third installation only rolled out in late Q1 2020, we don’t expect the Surface Book 4 to hit the shelves until 2022. Still, that hasn’t stopped the rumor mill from spinning before, and we’re pretty sure that as we stumble (how else shall we describe what we’ve all been doing in 2020?) into the third quarter of 2020, gossip, leaks and speculations about the next generation Surface Book will start to pile up.

To anticipate the potential onslaught of information in the coming months, as well as any official news, we thought we’d start gathering all things Surface Book 4 right here. Be sure to keep this page bookmarked, as we’ll update it with any new details that reach our desks.

If you’ve been following the Surface Book since the line initially launched in 2015, you probably already know that Microsoft rolls these 2-in-1 laptops out every two years or so. The original Surface Book debuted in late October 2015 while its successor, Surface Book 2, came out in November 2017.

While 2019 came and went without a Surface Book 3 – with Microsoft opting to release three other Surface devices instead (Surface Pro 7, Surface Pro X and Surface Laptop 3). The device finally saw the light of day in June 2020.

It’s still too early to tell whether we’ll be seeing Surface Book 4 in 2021. It’s entirely possible, seeing as the Surface Book 3 – despite its comfortable keyboard and beautiful screen – was practically DOA with its already aging processor inside. If Microsoft is looking to appease Surface Book fans, it could potentially update the device again in 2021 with more powerful specs and better features.

However, at this point in time, we don’t expect the Redmond company to do that. Going by its past releases, it’s highly likely that the Surface Book 4 won’t come out until Q2 2022.

So, how much the Surface Book 4 13-inch and 15-inch models are going to cost is anyone’s guess at this point. If it does come out with a more generational and competitive upgrade, then a higher price tag would somehow be easier to swallow.

What we want to see in a Surface Book 4

Although the Surface Book 3 has a lot going for it – namely, beautiful design, a stunning display and a comfortable keyboard, it was pretty underwhelming considering that Microsoft had a little over two years to hone in and work on necessary improvements.

So, for the Surface Book 4, we’re hoping to see even more upgrades inside and out, starting with a more powerful processor.

More powerful processors
Sadly, the Surface Book 3 was held back by the lack of H-series processors, which is even more disappointing considering that high price tag and the fact that Microsoft touts this as a gaming-ready device. Especially if Microsoft insists on that premium price tag, we’d like to see Surface Book 4 actually feature Intel’s higher-end 12th-generation chips (11th-generation Tiger Lake, if this follow up does come out sometime in 2021).

Either this or drop the price down to something more accessible.

Bigger trackpad
The current trackpad on the Surface Book 3 is smooth, responsive and gets the job done. However, it’s also tiny – like late 2000ss tiny. Again, if you’re paying a premium price for a laptop, you’d want things like a trackpad with massive surface space to work with. If the Surface Book 4 were to stay competitive with the likes of the MacBook Pro 13-inch, this is practically non-negotiable.

Better speakers
For a thin, light and tiny laptop, the MacBook Pro 13-inch sure has plenty of audio power, and the sound quality isn’t bad either. Sadly, the speakers on the Surface Book 3 are only adequate. Worse, it’s lacking bass and low-end, so watching blockbusters or playing games on its otherwise gorgeous display isn’t as immersive as it should have been. If the Surface Book 4 were to stay on top of the game, it needs to have better sounding and more powerful speakers.

A floating screen, like the new iPad Pro
Ryan Smalley of Modality recently shared his design concept for the next Surface Book, and frankly, we’re here for it. Inspired by the new iPad Pro, his concept gives the Surface Book 4 a similar floating screen that’s anchored to a chassis with two hinges – one for the familiar laptop form factor, the other to give it that floating effect. Both hinges in this design are height and angle adjustable for even more viewing and use versatility.

Unlike the iPad Pro, however, there’s no removable keyboard and trackpad case here. The Surface Book 4 screen is permanently attached to the rest of the laptop, so that it’s basically a traditional laptop, only with a bit more flexibility.