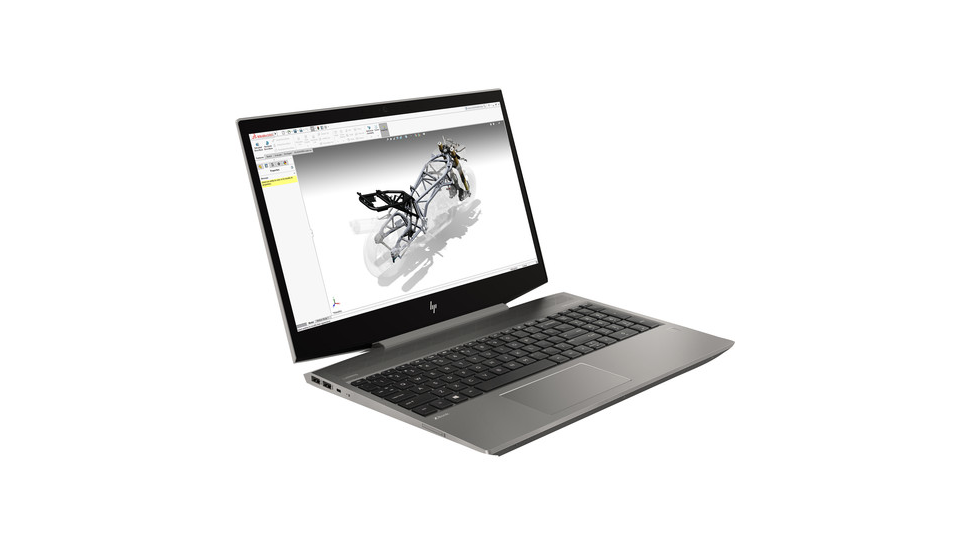 HP 15.6-inch ZBook 15v G5 – $1,649.00 at B&H
(roughly £1,300)
This mobile workstation from HP is the most affordable on the market to feature a monstrous Intel Xeon processor. The ZBook 15v G5 will happily churn through any computer intensive task it’s given. Plus, it comes with a free one-year subscription to Bitdefender Total Security 2020 (5 devices) worth $90.View Deal

At the time of writing, the HP 15.6-inch ZBook 15v G5 is the most affordable Intel Xeon mobile workstation on the market.

It’s billed as a high-performance portable business laptop that excels at creative and number-crunching tasks and yet somehow manages to maintain a relatively affordable price tag.

The laptop features a 15.6″ Anti-Glare UWVA IPS screen with 1920×1080 px resolution, 16:9 aspect ratio, LED-backlighting and a brightness of 220 cd/m^2. HP opted for a rather peculiar design, with the V-shaped bottom of the display perched on top of the hinge.

The ZBook 15v G5  is powered by an Intel Xeon E-2176M processor; a 6-core, 12-thread beast with 12MB cache and a base clock speed of 2.7GHz. This is paired with 16GB of DDR4 memory in one slot (with a second memory slot left free) and a 512GB PCIe SSD, plus a dedicated Nvidia Quadro P600 graphics chip with 4GB GDDR5 video memory.

Given its rather large footprint, it doesn’t come as a surprise that the ZBook features numerous I/O connectors as well. There are three Type-A USB ports, one Type-C/Thunderbolt 3 Alt DP, an HDMI 2.0, a Gigabit Ethernet connector, two audio ports, 802.11ac and Bluetooth 5.0.

In terms of drawbacks, the 52.5WHr battery is a little on the small side and we’re rather disappointed there’s no fingerprint reader for added security.