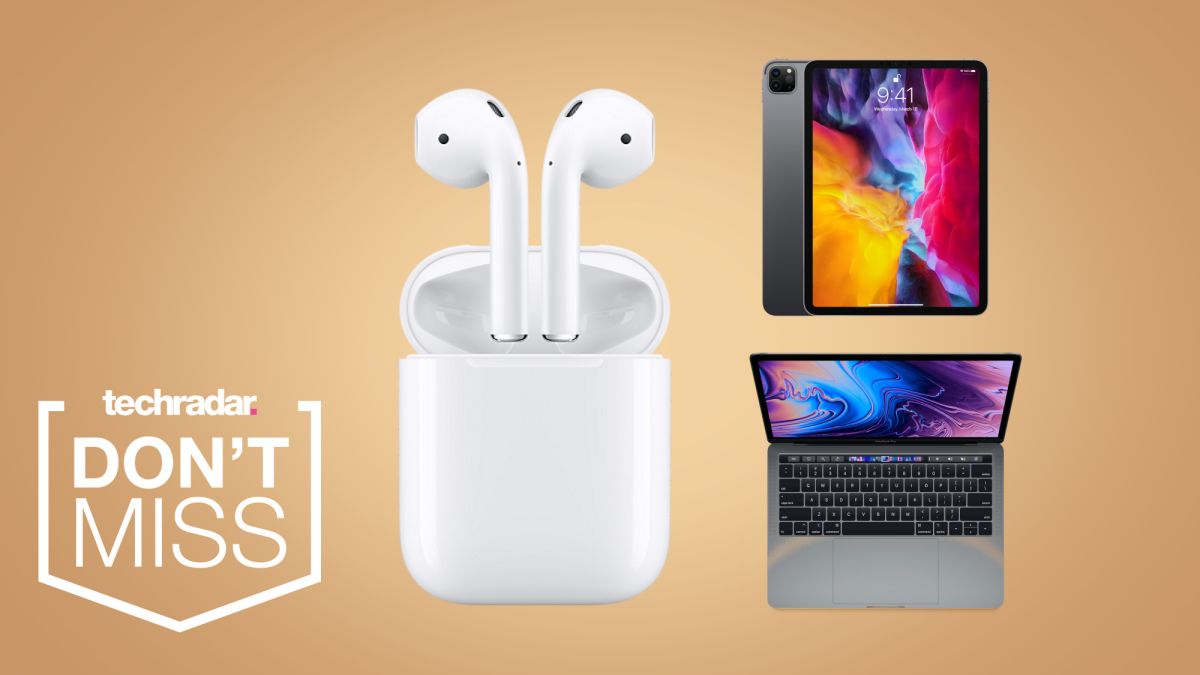 If you’re on the hunt for iPad deals wouldn’t mind a free pair of AirPods, then check out the Apple back to school sale – which gives you the chance to score $159 worth of free earbuds on every eligible iPad and MacBook deal right now.

Promotions like this are fairly rare from Apple, and it’s especially enticing when you consider these iPad deals and MacBooks are brand spanking new releases. The MacBook Pro 13 and iPad Pro 11, for example, are barely over a month old and feature all the latest tech and features from Apple crammed in under the hood.

Note: these deals are intended for students and teachers, however, if you’re a homeschooling parent then you won’t be excluded either. Currently, you are not asked for credentials upon purchase, but you can read the terms and conditions here.

The free AirPods themselves are the standard Apple AirPods – not the AirPod Pro’s or the wireless charger variant, although it’s still a fantastic offer when you consider that they retail for $159 by themselves. If you choose, however, you can upgrade to the Pro’s or wireless charger version and pay a small upcharge – you’ll still be saving $159 in total.

We’ve rounded up the eligible iPad deals and MacBooks just down below so you can check them out yourself. All of these are available right now and have free delivery. If you choose an iPad deal you’re also eligible for a free custom engraving, which is a nice little bonus that’s only available via the official Apple store.

Apple iPad Air + free AirPods | from $479 at Apple
The Apple iPad Air is perfect for people looking for the slimmest, lightest, and most stylish iPad you can buy right now. Starting at 64GB storage but available in 256GB also, these Air’s feature a 10.5-inch LED screen and Apple’s latest A12 Bionic processor.
View Deal

Apple iPad Pro + free AirPods | from $749 at Apple
The new iPad Pro’s were only released a few months ago so this is a fantastic offer overall. Available in both 11-inch and 12.9-inch variants with storage ranging from 128GB all the way to 1TB, these Pro’s feature a lot of power under the hood, as well as that gorgeous Liquid Retina display.
View Deal

Apple MacBook Air + free AirPods | from $899 at Apple
$899 is already a fantastic starting price for a MacBook deal, and with some free AirPods thrown in, it’s a great time to be picking up an Air right now. With a 13-inch display, 256GB SSD, 8GB of RAM, and a 10th Gen Intel Core i3 processor on the baseline specs, these MacBooks are a good buy if you want the lightest laptop possible but still need a bit of power.
View Deal

Apple MacBook Pro + free AirPods | from $1,199 at Apple
At the very top end of the MacBook spectrum are these brand new Pro’s, which were released barely a month ago. Baseline specs include Intel Core i5 processors, 8GB of RAM, and a 256GB SSD, although there’s a whole range of possible upgrades for those of you who need something really powerful.
View Deal

While you’re here, why not check out our dedicated best Apple MacBook sale prices and deals article, where you’ll see a detailed comparison of all the current models you can buy. Likewise, if you’d like to see the best iPad deals available right now, we’re also aiming to cover ever base there as well.