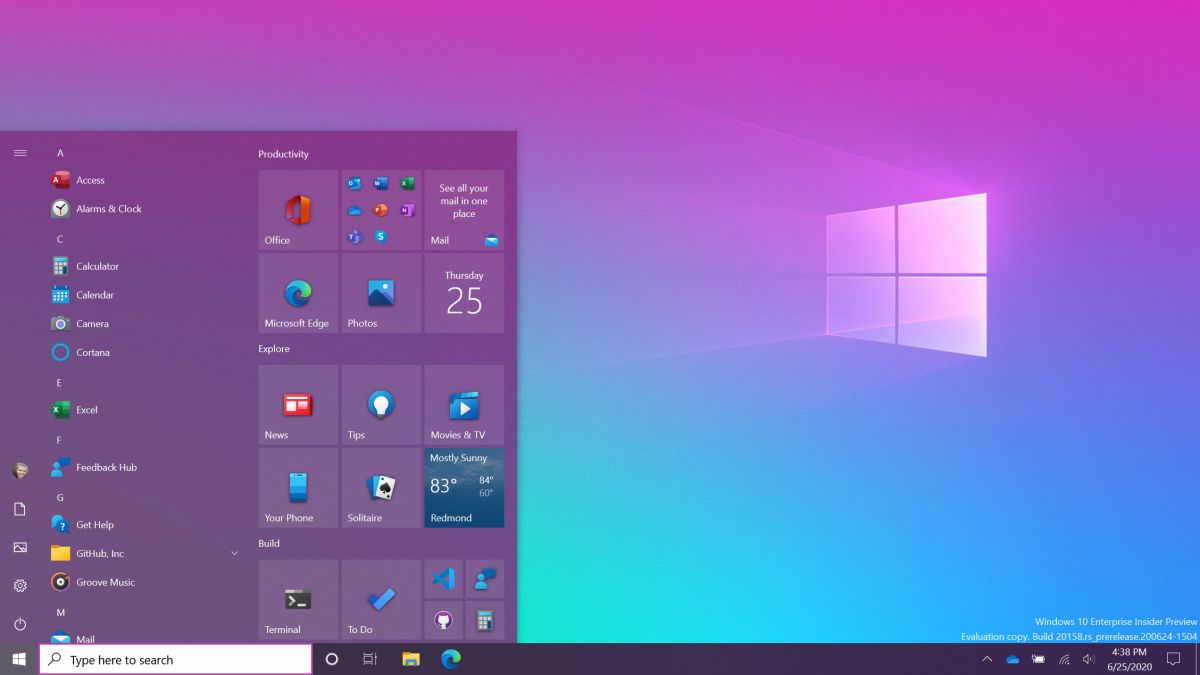 Windows 10’s next big update – the second one for 2020 – is likely to be released fairly soon, according to the latest from the rumor mill.

Windows Latest reports that Microsoft has made the Windows 10 20H2 update available to commercial users and businesses for testing and validation, ahead of general availability.

That means that the release of this next update should happen soon enough – in theory – bar any last-minute problems (which have certainly cropped up in the past).

Mind you, as this is a relatively minor update, the chances of complications should be slimmer – but that said, there are some bigger changes coming with the 20H2 update, including a new look for the Start menu, and improvements to the overall Windows 10 experience for tablet users. But it still isn’t a massive set of changes which is incoming.

Microsoft has already made it clear that 20H2 will be offered as an enablement package to those who are already running the Windows 10 May 2020 Update, mirroring the way in which the software giant implemented the (minor) November 2019 Update last year.

The only requirement for May 2020 Update users will be that they are running the June 2020 monthly quality update.

The next step for the 20H2 update, which is now being feature-locked, is that it will reach Release Preview, and whereas we were previously expecting the upgrade to be fully available likely in November, October is now perhaps looking more likely – so theoretically, it could be unleashed in a month and a half or so.