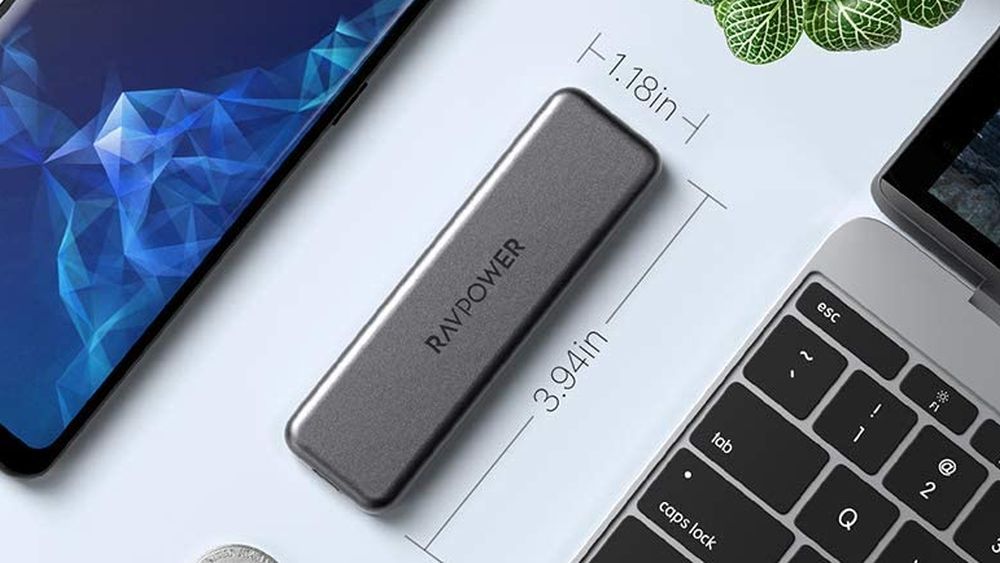 However, unbeknown to many, the company is also responsible for a USB flash drive (AKA thumb drive) that is nothing short of exceptional, for two reasons.

First, its flagship model (the 1TB RAVPower Mini) is one of the cheapest 1TB USB flash drives on the market. At the time of writing, it’s the most affordable, costing a mere $139.99 at Amazon after a $20 coupon discount (roughly £120).

1TB RAVPower Mini – $139.99 at Amazon
We’re not sure whether the 1TB RAVPower Mini should be considered a flash drive or an SSD – but it’s a magnificent specimen either way. Rapid read/write speeds, compact design and an affordable price tag make this one a no-brainer.View Deal

An alternative to cloud storage

The RAVPower Mini has a plastic and aluminium enclosure, which should protect it from most bumps. However – purists, look away – it doesn’t have a fixed USB connector and instead relies on a USB cable.

It also comes with a three-year warranty and a bundle application, called RAVPower Tool, that includes encryption facilities.

While demand for flash drives has fallen off due to the popularity of microSD cards and cloud storage services, they certainly represent a viable alternative.