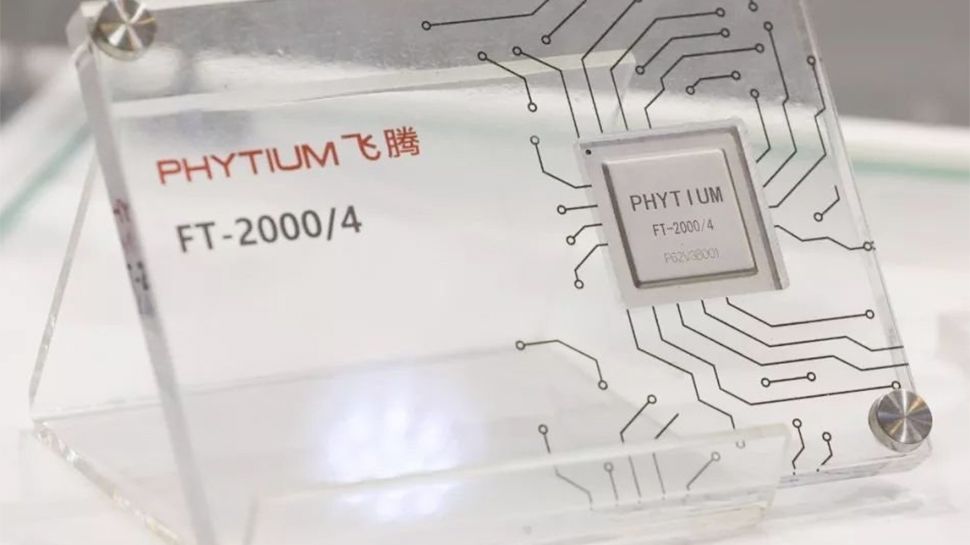 Phytium is not exactly a household name, but avid readers remember that this company was among the first to announce a 64-core ARMv8 processor for servers several years ago.

Last year the firm introduced a new 64-core FT-2000/4 CPU for HPC machines, but its interests appear to extend to client PCs too. At an event in China, Phytium showcased its all-new FT-2000/4 processor for low-power clients.

The Phytium FT-2000/4 processor packs four internally-developed FTC663 cores clocked at up to 2.6 GHz and based on the company’s latest ARMv8 microarchitecture featuring a four-issue out-of-order pipeline, new INT and FP units as well as a revamped dynamic branch predictor. The CPU supports ASIMD instructions, hardware-assisted virtualization along with proprietary security capabilities.

Considering a lower number of cores when compared to its older brother, the FT-2000/4 probably sports a dual-channel memory controller and has a considerably lower TDP of around 10 W. Low power consumption of the CPU allow it to compete against inexpensive processors from AMD and Intel for low-power/small form-factor desktops as well as notebooks.

Unfortunately, there is no information about performance of Phytium’s FT2000/4 processor and how does it stack against AMD’s Ryzen and Intel’s Core CPUs in general-purpose applications.