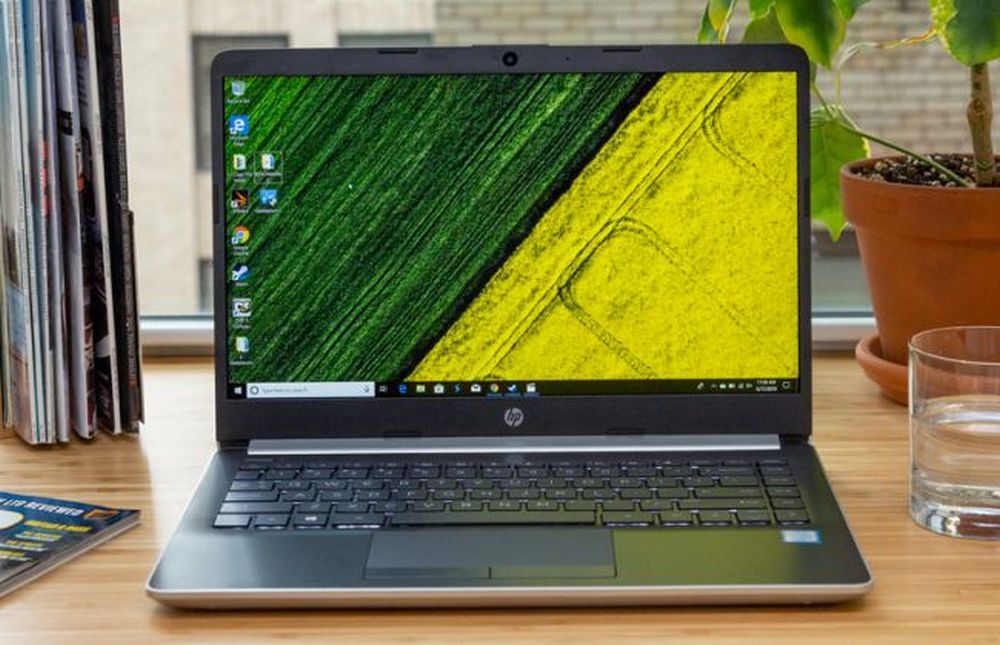 Intel’s Core i3 processor remains an under-appreciated component, tucked between the Pentium range and the more expensive Core i5 series. It very often packs a powerful punch, as it shares plenty of higher end features with its more expensive brethren.

The most affordable laptop that carries an Intel Core i3 processor right now is the HP 14-DQ1038wm and it’s a great choice for remote working. Other than the fact HP should have chosen a more memorable name, there’s not much to dislike about it.

At the heart of this HP laptop is an Intel Core i3-1005G1 CPU and, at $279 from Walmart, it costs less than AMD A9-powered devices but will likely deliver a far smoother computing experience.

HP 14-DQ1038wm – $279 from Walmart
This device might not have the most memorable name, but don’t let that put you off. Its Intel Core i3 processor means you’re getting plenty of bang for your buck, and its microphone set-up and fast charge facility make it an excellent choice for remote workers.View Deal

There are two microphones to enhance calls and video conferencing (thanks to advanced noise reduction software), plus a card reader, three USB ports, an HDMI connector and an HD video camera.

Note, despite the machine’s entry level status, it comes with HP’s fast charge which allows its 43WHr battery to reach 50% charge in 45 minutes.

The screen remains its weak point; it’s HD only rather than full HD, and uses SVA technology rather than the superior IPS.

At 3.24 pounds, it is not the lightest laptop around but its gold finish will certainly turn heads.