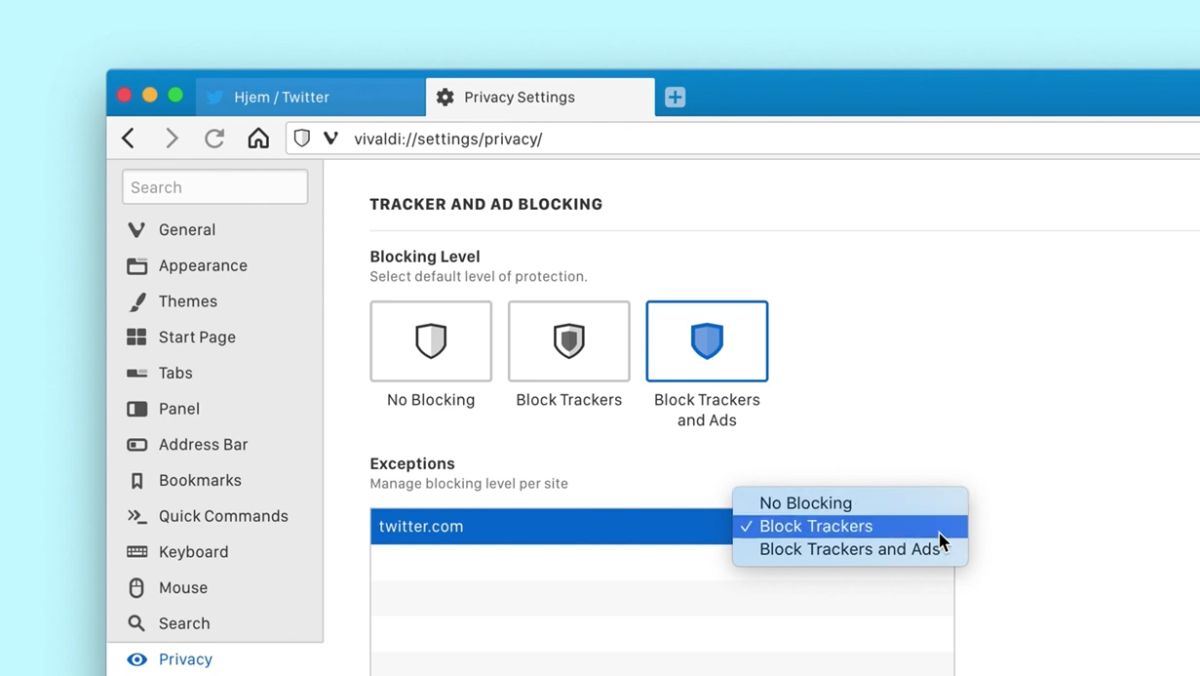 In an effort to protect its users against unwanted tracking and data collection, Vivaldi has released version 3.0 of its desktop browser for Windows, Mac and Linux which now includes a built-in tracker and ad blocker.

At the same time the company, founded by former Opera co-founder and CEO Jon von Tetzchner and Tatsuki Tomita, has also announced that its Android browser is now out of beta.

Version 3.0 of Vivaldi now includes a built-in tracker blocker that was developed in partnership with DuckDuckGo. The blocker protects users from the trackers that follow them around the web gathering their personal information and just like Vivaldi itself, it is highly customizable.

Users will be able to enable different blocking levels for individual websites and make exceptions for the sites they want to allow trackers on. They can choose to block trackers, block trackers and ads or disable blocking all together.

To block trackers, Vivaldi relies on a list of well-known tracker URLs and stops requests to those URL before they are sent. Through its partnership with DuckDuckGo, the company is now using the search engine’s Tracker Radar to protect its users online.

DuckDuckGo’s Tracker Radar continually crawls the web looking for trackers on major websites so that users can browse the web without third-party trackers operating in the background. Other browsers also block trackers but they utilize a different approach where they stop trackers from setting cookies and limiting their access to browser resources after connecting to them. However, this leaves the users open to many different types of tracking and Vivaldi believes that trackers should be blocked outright to really protect users.

In addition to blocking trackers, Vivaldi users can also now block almost all ads without having to download any extensions. This feature is disabled by default as the company doesn’t want users to block ads on the sites they regularly visit as this could prevent them from generating revenue.

Vivaldi’s ad and tracker blocker feature is also available in its new Android browser which is available on Android 5 or higher as well as compatible with Chromebooks.