Why Crysis Remastered is needed, even if the original still looks so good 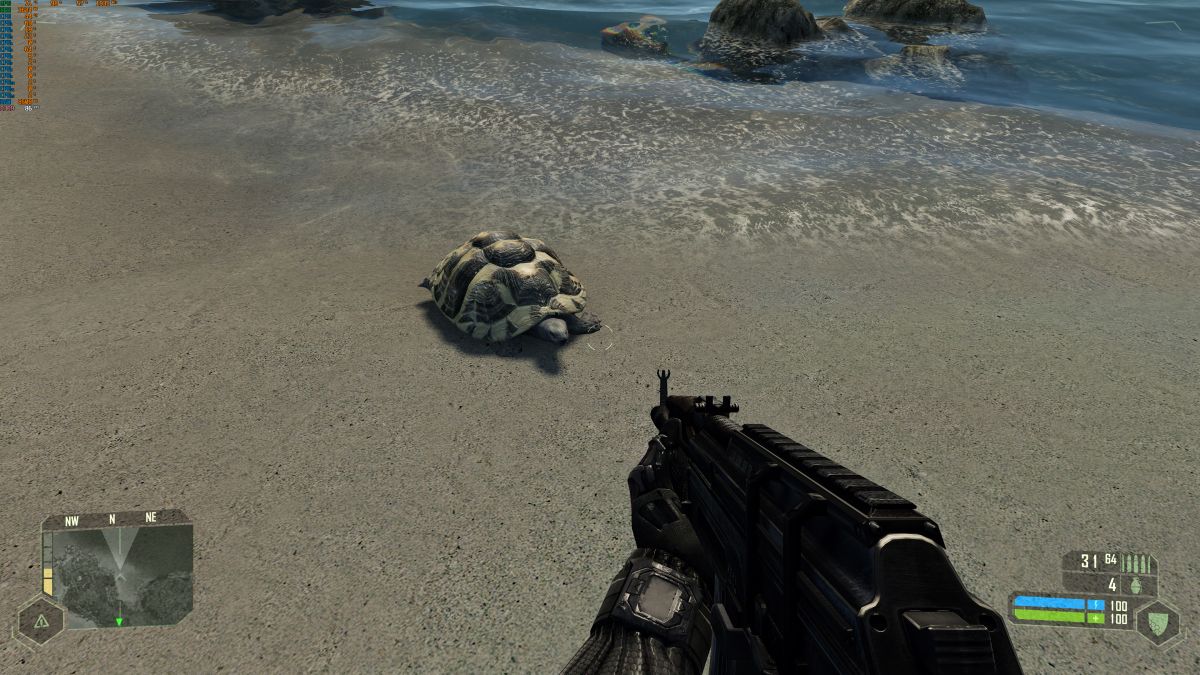 Crysis originally hit the market back on November 13, 2007, just about a year after the notorious Windows Vista plagued PCs around the world. The game still looks gorgeous after all these years, managing to look like it belongs in this console generation. But it still needs to be remastered. Badly. Luckily Crysis Remastered is on the way.

For anyone that doesn’t know, Crysis was essentially the spiritual successor to the original Far Cry, after Ubisoft bought the rights to the franchise. When Crysis came out, it was notorious for being extremely difficult to run. The game wasn’t just demanding for the sake of it, though. The game looks leagues better than anything that came out at the same time – Crysis released about two months after Halo 3 on Xbox 360.

To this day, whenever I get a new graphics card for my personal use, I go through all three Crysis games just to see how much better the GPU is than my last – in addition to other graphical heavyweights like the Metro and Witcher series.

However, over the last five or so years, or basically since Windows 10 hit the market, this has become a lot harder to do, as Crysis doesn’t play nice with a 64-bit operating system.

When I first saw that Crysis Remastered was basically confirmed by a leaked website (before being officially announced just an hour later), I immediately jumped up and installed the original game on my PC.

I realized that, well, it doesn’t work right out of the gate. To begin with, the game installs the GameSpy client – a service that died off back in 2013 – which immediately crashes every time it tried to launch because… of course it does. The game requires the files to be there, though, so removing the dead client is a no go.

Because I have a bad memory – I went through this whole process a few years ago – I thought my Ultrawide monitor desktop resolution was causing Crysis to crash every time I tried launching it – as that has caused issues with other titles. I’m lucky enough to have access to a ton of hardware, so I just moved to my test bench, which is attached to a 16:9 4K monitor to see if that would solve things.

I then tried to set launch options in Steam to get the game to run in DirectX 9 mode, rather than the default DirectX 10. That didn’t work either. Going to the forums next, I saw some people suggest trying compatibility mode for Windows XP and Vista, and neither of those worked.

Finally, I stumbled on a YouTube video that walked me through an incredibly convoluted process that involved downloading Crysis Warhead – the short spinoff title launched in 2008 – and moving folders between the two. That finally did it. Kind of.

That got the game to launch, but after the ridiculous intro cutscene I was greeted with a black screen that wouldn’t go away. I had to hit the ‘~’ key to open up the control console and type in “con_restricted 0”, hit Enter, then type “map island” and hit Enter again. That finally made the game load and let me play.

And, after a process that took me around an hour and a half to get through, I’m finally able to play Crysis. And even after all of that, running the game on modern hardware remains a buggy experience, with visual glitches in all the cutscenes and the game crashing every few checkpoints.

I’m pretty happy that I get to play through this gem of a game again. But anyone who got caught up in the hype around the original Crysis and wanted to jump on it – especially if they weren’t playing a lot of PC games 15 years ago – probably won’t be willing to jump through all of these hoops.

Crysis is still gorgeous and a blast to play

Once all the setup and bugs were sorted, I was reminded just how much I adore Crysis. Not only does it still stand up visually, which it absolutely does, but the gameplay somehow doesn’t feel dated 13 years after its initial launch date.

Crysis is still such a blast to play through that I didn’t just give up after the 5th time it crashed at a checkpoint. I just kept relaunching the game and soaking up that nostalgia deep into the evening.

That being said, there are some caveats. Don’t think that just because this game is 13 years old it’s suddenly easy to run. Because of the constant crashes I couldn’t get my benchmark software to play nicely, but I was observing around 60-70 fps at 4K with maxed settings – on an RTX 2080 Ti, and that’s with full GPU utilization.

To put that into perspective, Doom Eternal gets 104 fps on the same graphics card with equivalent settings – and that game hit the streets just a month ago.

I’m not sure how much harder Crysis Remastered is going to hit graphics cards. But with features like software-based ray tracing, state-of-the-art Depth of Field and other pretty-but-demanding graphics settings, don’t expect Crysis Remastered to get any less demanding.

Why Crysis Remastered is so important

Crysis has never sold particularly well, which is probably a major reason why we haven’t heard from the franchise in almost seven years. However, Crysis, and games like it, serve a valuable purpose – pushing gaming technology further.

We’ve seen a couple games recently that pushed tech just as hard over the last year or so – namely Metro Exodus and Control, both of which already look like next-generation games on PC. Crysis Remastered could see Crytek reclaim its title as the studio behind the most stunning games on the market.

Beyond that – Crysis is an excellent game and better than either of the sequels. Not a lot of people were able to jump into the game when it originally came out because of the restrictive hardware requirements. Though, I do have to admit I laughed when I saw the Intel Core 2 Duo logo pop up on the intro screen – we’ve come a long way.

Crysis Remastered coming out on PS4, Xbox One and Nintendo Switch is going to open up this classic to thousands of people who were never able to play the game themselves.

So, I for one am looking forward to this game hitting launching in a few months. If nothing else, at least I won’t have to spend an hour of my precious time trying to get the game to run on a modern operating system. Even without the shiny graphics bells and whistles being added onto the game, being able to get the new version running by just hitting the “play” button in Origin would be a huge improvement.

Now I just have to wait.