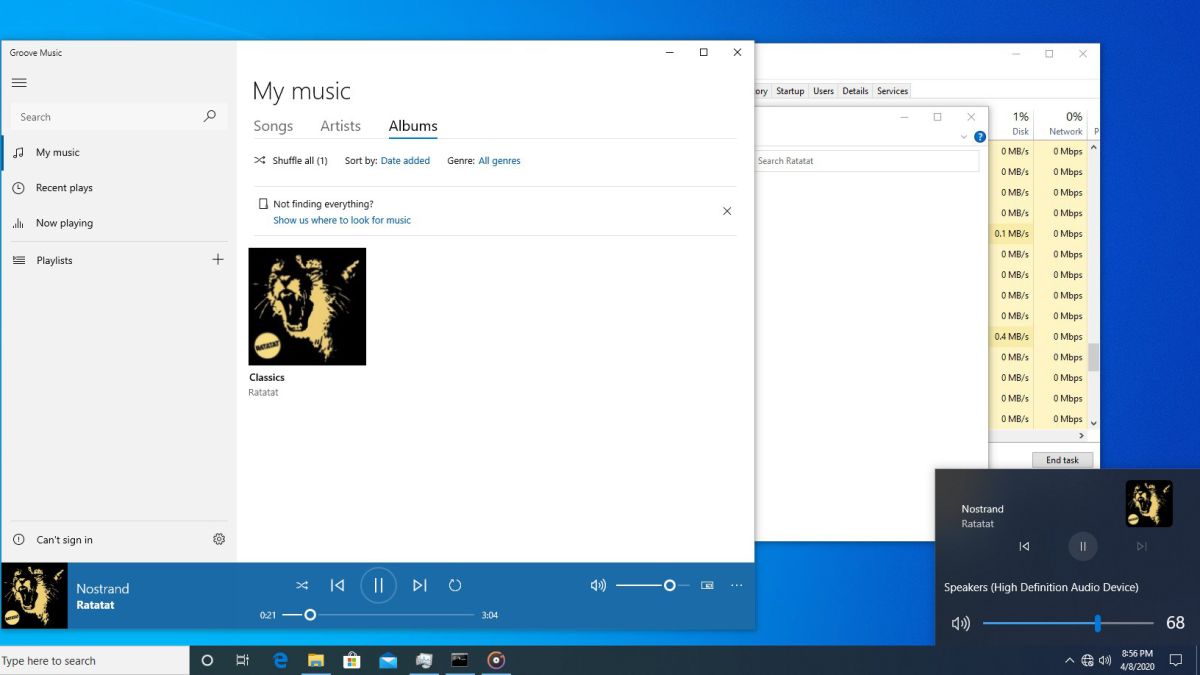 Windows 10’s latest preview brought in some interesting new additions – including full integration for Linux files in File Explorer – but there are some nifty features hidden away in the new build (19603), including a refresh for media controls.

As highlighted by Albacore, a regular leaker on Twitter, there are new media playback controls in the fly-out which pops up from the taskbar whenever you adjust the volume.

The updated fly-out no longer looks terribly outdated, and fits in much better with Windows 10’s overall look, providing controls to skip tracks or pause/play. It also shows the song playing, plus it’s integrated with the likes of Spotify.

An overhaul for this particular part of the Windows 10 interface has long been requested by many users, so this will certainly be a welcome development – although at the moment, as mentioned, the feature is hidden even to Windows 10 testers, and has to be enabled by fiddling around with feature IDs as Albacore describes.

For most folks, it’s probably best left alone, until Microsoft works further on the feature and actually makes it officially available in preview builds.

In fact, as Thurrott.com spotted, Brandon LeBlanc, self-styled ‘chief nerd’ on the Windows Insider team, chimed in to say that the fly-out is “hidden in code as it’s currently a design investigation we’re doing”. So we shouldn’t get our hopes up too high, because the idea could be dropped (or alternatively, implemented in even better fashion perhaps).

Furthermore, this could actually be part of Microsoft’s new approach to Windows 10X, with the rumor mill indicating that some 10X features might be brought across to Windows 10 in the near future (following speculation around the delay of dual-screen devices running Windows 10X to next year).

This new volume fly-out is the same as one recently spotted in Windows 10X, so it’s entirely possible that this is one such feature that has been ported across for Microsoft to experiment with, and more such moves could be in the pipeline for Windows 10 (some other minor bits of UI have also apparently already made the transition).

Finally, there’s another hidden feature with build 19603, and that’s a ‘What’s New’ panel under Settings which highlights the latest features to be added to the operating system, allowing users to easily view these, and giving them links to quickly find out more about the fresh bits of functionality.

Again, whether or not this – and the overhauled media playback fly-out – will make the cut for Windows 10’s next big update later in 2020, we shall just have to see.