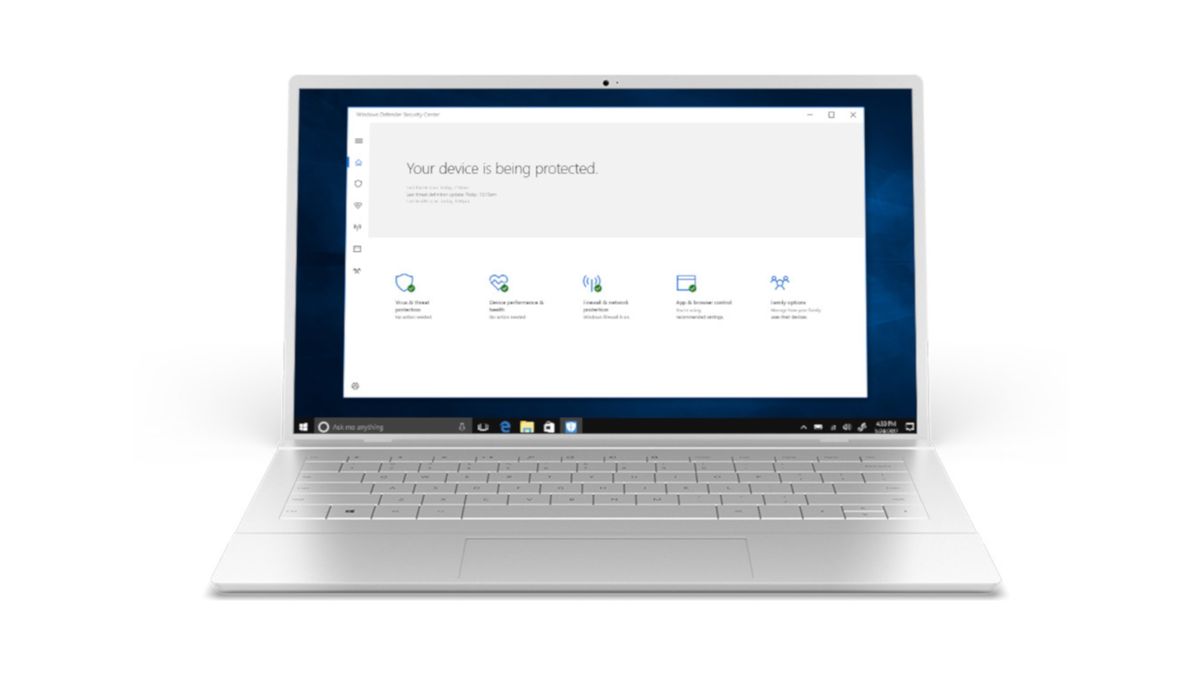 Windows 10’s built-in antivirus app, Windows Defender, is reportedly misfiring and failing to fully complete virus scans, apparently due to some kind of bug – although exactly where this gremlin in the works might be isn’t clear yet.

Windows Latest picked up on this, and there are multiple reports on Reddit and Microsoft’s Answers.com help forum where people are finding that Windows Defender is reporting the following: “Items skipped during scan.”

The error explains that some items were skipped and not scanned due to “exclusion or network scanning settings”.

That’s not much of an explanation, and indeed those who are reporting this problem say they don’t have any exclusions applied, and haven’t made any changes to their network settings recently.

It isn’t made clear how many items were skipped, or indeed if any were skipped at all – there is the possibility that this is a false error, and the bug is simply the error message popping up (as opposed to files not being scanned).

However, if it is the case that files aren’t being scanned, obviously that’s a potentially worrying hole in security for those running Windows Defender. Some folks are even worried that this error is a symptom of a virus itself.

Although most folks experiencing this problem who are discussing it online have come to the conclusion that it’s some kind of bug, although we haven’t had any official response from Microsoft.

It could be a problem with an update to Windows Defender itself, or it could be an issue which has been caused by a recent Windows 10 cumulative update – and it wouldn’t be the first time the latter has happened.

Back in September 2019, an update for Windows Defender (which was applied to fix an existing problem) caused a bug itself, making the antivirus app fail with the most commonly used scans.

A similar thing could be happening here. Windows Latest notes that both manual and automatic scans failing with the above error, although offline scans appear to be working. The site also said that the bug is present in Windows Defender version 4.18.2003 or newer.

The problem doesn’t affect everyone, but does appear to have hit a fair few folks going by the number of reports online. While some users are only just seeing the error message appearing in the last couple of days, others have reported its existence a couple of weeks ago.

One person posting on Answers.com noted: “I did a complete reinstall from USB key of my Windows 10. The problem disappeared until I ran Windows Updates, which installed KB4551762 and KB4537572 (which is NET Framework update, I believe). Then the problem came back. I think it is the KB4551762 that does it?”

A user replying to that said they don’t have KB4551762 installed on their PC, and are experiencing the issue, but that it could be another Windows 10 cumulative update.

Of course, this is just guesswork until Microsoft actually confirms the problem, and hopefully the root cause behind it.

Meanwhile, those who use Windows Defender as their primary antivirus solution – and that could be a fair few people, seeing as it has come on leaps and bounds in terms of its reputation in recent times – will doubtless be left concerned about whether or not they might potentially be exposed to malware thanks to this issue.

The obvious solution for those who are really worried would be to switch to an alternative third-party free antivirus app – at least for the time being until Microsoft gives us more information on the matter (and hopefully a fix).