Windows 10X: Everything you need to know about the foldable PC OS 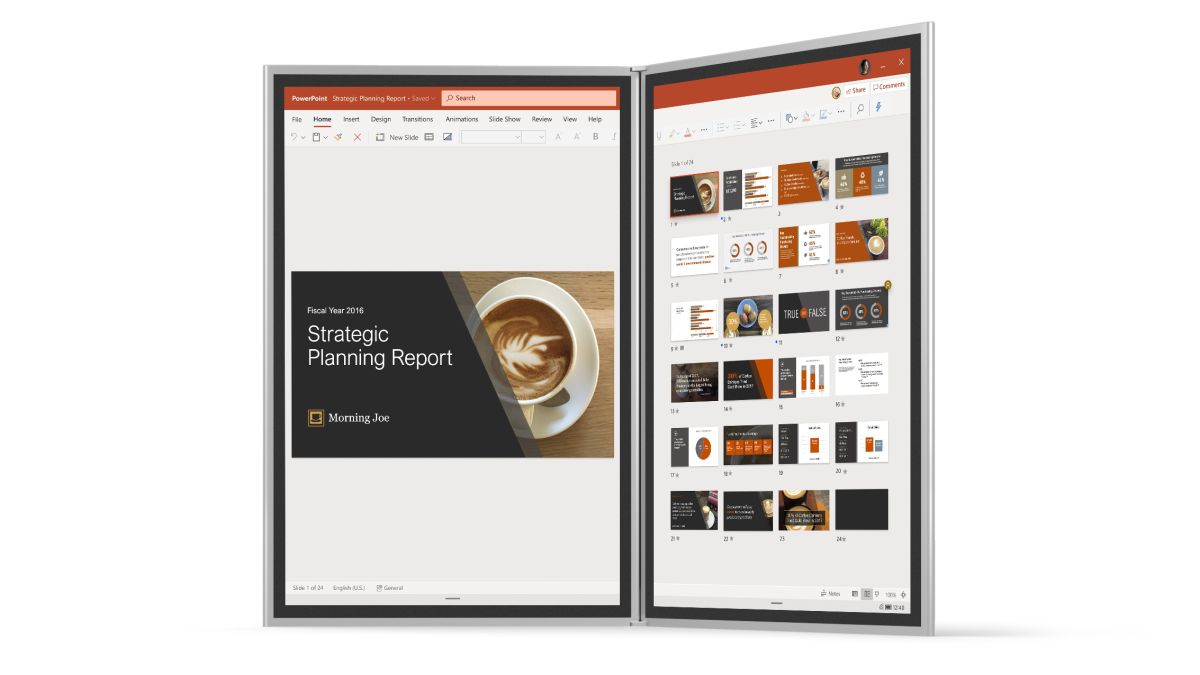 Dual-screen laptops like the ASUS ZenBook Pro Duo and the HP Omen X 2S are out. Meanwhile, both foldable phones and laptops like the Lenovo ThinkPad X1 Fold, Dell’s Concept Duet and Intel’s Horseshoe Bend (hopefully) are well on their way. It’s no surprise that Microsoft is throwing its hat in the ring, with not just two foldables – the Surface Neo and the Surface Duo, but also an operating system that will power such devices.

Codenamed Santorini, Windows 10X is the upcoming version of Windows 10 specifically designed to power foldable PCs and dual-screen laptops. Basically, it’s going to be the operating system for such Windows-based devices. And, as such, it will bring in quite a features and capabilities that other Windows 10 versions won’t.

Windows 10X is key to making sure that this new generation of portables runs seamlessly when they hit the streets. And, it’s time to know everything about it, from its release date to its unique features.

Having showcased their concept foldable PCs at CES 2020, both Lenovo and Dell might release them sometime in late 2020. Lenovo said as much of its ThinkPad X1 Fold, at least. Dell still hasn’t shared any hints as to when the Concept Duet will officially launch, so we might not see it until 2021 – if we see it at all. As for the Surface Neo, Microsoft says we’ll see it hit the shelves “Holiday 2020.”

It makes sense, therefore, for Windows 10X to be ready before these foldables hit store shelves, as Microsoft’s partners will need to test it on their respective foldable devices. Microsoft will also be making the operating system available to developers earlier to give them plenty of time to port their apps over to the unique dual-screen Windows 10X ecosystem. As to when that will be, Microsoft has yet to say. We’re sure we’ll hear more details at Microsoft Build 2020 in May.

As for us consumers, we don’t have long to wait. According to Microsoft, the operating system will be “available on dual-screen and foldable devices starting in the fall of 2020.” If everything goes according to plan, Windows 10X will be polished and ready before Microsoft releases Surface Neo.

According to Microsoft, Windows 10X will be available on “both Microsoft Surface and devices from several Windows ecosystem partners including ASUS, Dell, HP and Lenovo.” That’s as specific as Microsoft is willing to get at this time.

We don’t know exactly if it will work with already existing dual-screen laptops, though from the looks of it, Windows 10X has different orientations that will ideally fit with those laptops’ layouts. The Asus ZenBook Pro Duo’s second screen, ScreenPad Plus, for example, looks like it’s perfectly set up to home Windows 10X’s Wonder Bar.

What we do know for sure is that Windows 10X will be available on the Surface Neo. And, according to Tom’s Hardware, Lenovo has confirmed that ThinkPad X1 Fold will be utilizing the OS as well, though not at launch.

But, that’s about it. We’ll make sure to update this page as soon as new Windows 10X compatibility information comes our way, so be sure to bookmark it.

Different orientations, different layout
Thanks to the Windows 10X emulator that Microsoft made available, we now know that even though it’s another version of Windows 10, much like Windows 10 S, it’s noticeably different in terms of look and layout. The changes aren’t all that drastic, but they are noticeable and will certainly feel like a whole new experience for Windows users.

Gone, for example, is the Start Menu, replaced by what Microsoft is calling a Launcher. When on dual-screen or book mode, this Launcher appears on both screens and may be controlled on either. And, instead of the regular tile mode, your apps will now appear as they would on your tablet home, only in a pop-up menu. This pop-up menu also now houses the search bar.

But, what’s really impressive about the Windows 10X’s design is its orientations. Microsoft designed it to have a more adaptive user interface (and experience), changing its orientation as you change the mode of your device.

In addition, Windows 10X will let you snap two windows in a screen – allowing you to have four applications neatly stacked and next to one another when in book mode. And, if you enjoy landscape orientation, it will also let you drag an app across the two screens so it spans both.

So, even though it’s looking more like a trimmer version of Windows 10, Windows 10X looks like it’s going to deliver its own brand of versatility, taking advantage of the strengths that only foldable PCs and dual-screen laptops can offer.

Running Win32 applications in a container
While Windows 10X is not as stripped down as Windows 10 S, it does have a couple of similarities to the lightweight OS.

It doesn’t look like it has Windows Defender, Windows 10’s anti-malware program, which could mean that its final version may not be able to run all desktop applications. For example, PCWorld has reported that its emulator isn’t able to run certain applications like Slack.

Now, bear in mind that they did test it on an emulator, and the final version of the operating system could very well support many of your favorite desktop apps. Microsoft did also say that it does support Win32 applications.

However, it’s worth noting that Windows 10X will be running Win32 applications within a container. In essence, the app will be running within a sandbox separate from the operating system, and this could cause performance issues.

At least, you won’t have to suffer through long updates. Microsoft has promised that Windows 10X will download and install an update in under 90 seconds.

The Wonder Bar
Another good thing about Windows 10X is its Wonder Bar, a touch panel that takes Surface Neo’s magnetic flip keyboard experience to a new level. When the keyboard is flipped into place on Surface Neo’s second screen in laptop mode, the Wonder Bar appears above the keyboard, fully stocked with emojis, gifs and kaomojis.

However, it’s much more than that. It has a clipboard and a keyboard, and it can host that Netflix show you’ve been binging on, while you’re getting some work done on “main” screen.

It’s a nifty feature that we, for one, can’t wait to test.

Bye, Cortana. Windows Hello!
The Start Menu and tile layout aren’t the only things that Windows 10X ditched in an effort to become a more streamlined version of Windows 10. Cortana fans will not be able to utilize their favorite virtual assistant when they’re on their Windows 10X devices.

That’s right: it doesn’t look like Windows 10X will be utilizing Cortana.

Microsoft has yet to explain the snub, however. And, again, we only have the emulator to base this on. It’s entirely possible that Microsoft is waiting until the last minute before adding Cortana back to the mix.

For now, we can at least take comfort in the fact that Windows 10X will support facial recognition with Windows Hello. It will even forgo the need to dismiss the lock screen once you’re logged in, saving you a bit of time.

There are a few other bonuses as well. Aesthetically-inclined foldable PC users should enjoy jazzing up their devices, as Windows 10X will feature dynamic wallpapers programmed to change to reflect the current time of day (or indeed night). And finally, those who are concerned about staying connected will be happy to know that the operating system will support 5G, LTE and cloud connectivity.

Windows 10X will, of course, offer more features that Microsoft will reveal the closer we get to the operating system’s release date. Again, keep this page bookmarked as we will update it as soon as new information comes our way.