World of Warcraft: Shadowlands may just be the jolt of life I need to jump back in 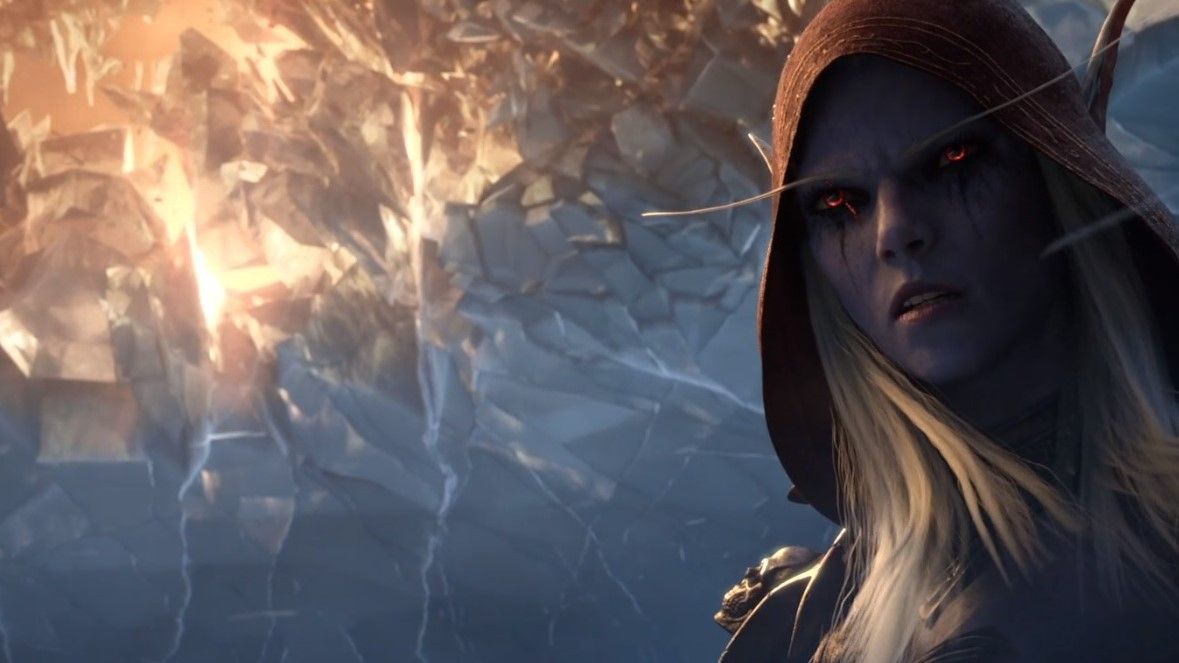 At this point World of Warcraft has been a part of my life for something like 12 years. That’s considerably less than some folks out there who, ya know, have been playing the game since it came out – people who actually have an opinion about Vanilla. However, even though I’m a little Wrath baby, I’ve been playing the game off-and-on long enough to need some pretty major breaks, and also to have some pretty heavy nostalgia for the “good old days.”

It’s no secret that Battle For Azeroth has caused some divided opinions over the last couple of years, and I’m definitely one of the people that got burned out by the incessant need to run Island Expeditions every week to maximize my Artifact Power if I wanted to do any high-end endgame content.

But when the initial trailer dropped and showed Sylvanas absolutely wrecking the Lich King, I have to admit that my interest was piqued. In the time that passed since then, however, I have succumbed to Final Fantasy XIV, and the appeal of Shadowlands started to disappear.

Until there were vampires.

I do it for the aesthetic

The whole aesthetic of vampires appeals to me on a deep level – probably because I watched too many movies as a kid. I knew ahead of time that zones in the Shadowlands area would have new factions called covenants, and that the Venthyr covenant would adopt a vampire aesthetic. But it was so abstract when I first learned about it that “gothic vampire crew” didn’t really register for me like it should have.

Throughout your time with World of Warcraft Shadowlands, you’ll be earning renown to restore your chosen covenant back to their prior standing, as you’ll find out that time hasn’t been kind to, well, any of them.

This means you’re going to unlock new abilities, locations, questlines and more, which will keep people coming back again and again. But I’m not really interested in any of that.

Instead, Ion Hazzikostas also talked about Covenant Sanctums, saying that each Covenant has their own unique feature. For Venthyr – the covenant that I’m almost certainly going for – you get access to the Ember Court, where you can throw a party. Vampire goth parties are now a thing in World of Warcraft, everyone, finally.

Don’t worry if that’s not a thing you’re into, you’ll by no means be required to do this. As Hazzikostas himself puts it “you’re not going to defeat The Jailer by throwing the most badass party in the Shadowlands” – but I’m definitely going to try.

And in the back of my head I know that non-necessary side activities like this never get the amount of polish that, say, dungeons, raids or even world quests do. But hearing them described was certainly enough to get my attention back again.

Right after the Shadowlands Developer Update, I was given access to a private World of Warcraft server where I could play through a bit of endgame content, right when you unlock the Venthyr covenant in Revendreth. As you can probably tell, I was a bit excited to get into it and see the spooky content for myself.

The moment I logged in, I was in their stronghold. I cannot tell you what in the story led up to me being in the castle, or even what any of the quests said. I clicked through all of the quest text and skipped the placeholder cutscenes, because when I experience the Shadowlands story, I want to experience it in all of its glory – even if a large portion has already been spoiled by, well, playing it.

But that’s neither here nor there – we’re talking about aesthetics and gameplay here. The three-tiered castle looked incredible, and rather than taking stairs, there were these gothic mirror-shaped portals that you take in order to teleport to different parts of the area. And within this castle? Gigantic vampires everywhere. And, when I say gigantic I mean gigantic. There was even a bat vampire lady that was twice my Blood Elf’s height – I’m sold.

Not everything is rosy, however.

Once you get out of the castle, going through tutorials to unlock Soulbinds and getting some unique abilities through quests, you are left to start questing in Revendreth. And getting around this zone is a bit of a pain, especially given that I didn’t have to level through it to learn the ropes.

The zone has this really awesome Transylvanian vibe, with giant castles jutting out of the landscape. However, as anyone that’s played a new WoW expansion since Warlords of Draenor can probably guess – you can’t fly.

This is generally something I can get behind as a new expansion launches, as it forces you to get to know a zone, rather than letting you just fly above everything as soon as you hit max level. But, this zone is clearly designed with flight in mind. Time will tell whether or not this will be an issue when I inevitably dump hundreds of hours into the expansion when it launches – but when I was just trying to get over to a world quest, it wasn’t a great time.

Don’t get me wrong: while my frustration with the zone design stung, it wasn’t really enough to take me out of the experience. Especially once I remembered that I’m a Mage and I can just Slow Fall off the top of giant castles to traverse the landscape, my experience got a lot better. Unfortunately, I’ll have to wait until the expansion comes out to play more of it – and who knows when that will be.

Going back to that Shadowlands Developers Update, the first raid, Castle Nathria is this giant gothic castle where you get to take on Denathrius, the king of the Venthyr who has allied himself with The Jailer. I haven’t seen anything out of this raid, but every single part of how it’s described sounds awesome.

At the same time, I was kind of burned by Battle For Azeroth, and it’s going to be a long internal battle to convince myself to give my time to Shadowlands, much less my money.

I would be hard-pressed to say that everything I’ve seen and experienced out of Shadowlands hasn’t sold me at least a little bit, though. Now the real test is to see whether or not the excitement will hold until whenever the expansion launches, and whether it’s enough for me to go through yet another expansion in the game that made me a PC gamer to begin with so many years ago. Plus, World of Warcraft: Shadowlands may have ray tracing, so my inner hardware geek won’t be able to stay away either way.