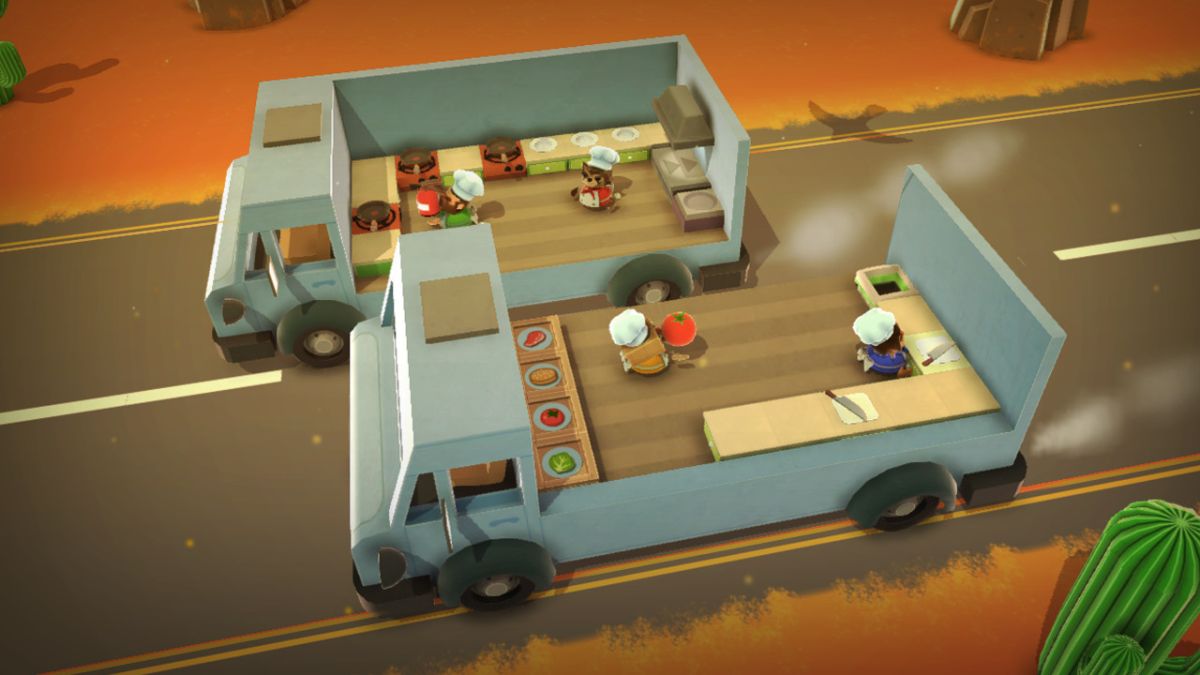 Overcooked is the latest free PC game being given away at the Epic Games Store, and although it’s not quite GTA V, it’s a seriously fun (more casual leaning) game.

If you’re not familiar with Overcooked, it’s a cooking-themed arcade-style co-op affair in which up to four players can attempt to conquer level after level, desperately trying to get things done quick enough to beat a time limit.

It gets pretty intense as you try to coordinate preparing, cooking and plating up orders, while someone’s left with the washing up – and inevitably the fire extinguisher needs to come out at some point when that well-done steak becomes really-far-too-well-done.

Moments of hilarity are guaranteed, as are down-to-the-wire finishes, particularly if you’re obsessive enough to want to get the maximum three stars for every level.

There are plenty of those levels, too, and a truly challenging final boss battle which will definitely test your mettle. All of this is wrapped up in some charmingly cute presentation, too.

Epic has recently given away Borderlands: The Handsome Collection, as well as Civilization VI and GTA V. A leaker correctly predicted all those freebies, but contended that Ark Survival Evolved would be next, not Overcooked.

In fact, it seems that as PC Gamer reports, Ark Survival Evolved has simply been put off to next week, as there’s a big in-game celebration planned for a mystery happening, which seems very likely to be the Epic giveaway.

So it looks like Overcooked was drafted in as a last-minute replacement, particularly when you consider that Epic already gave it away as a freebie around a year ago. Still, it’s a great game, and if you missed it first time around, then go grab it now – and be sure to tell your friends to do the same, so you can all experience the multiplayer mayhem which really cranks up the fun factor.